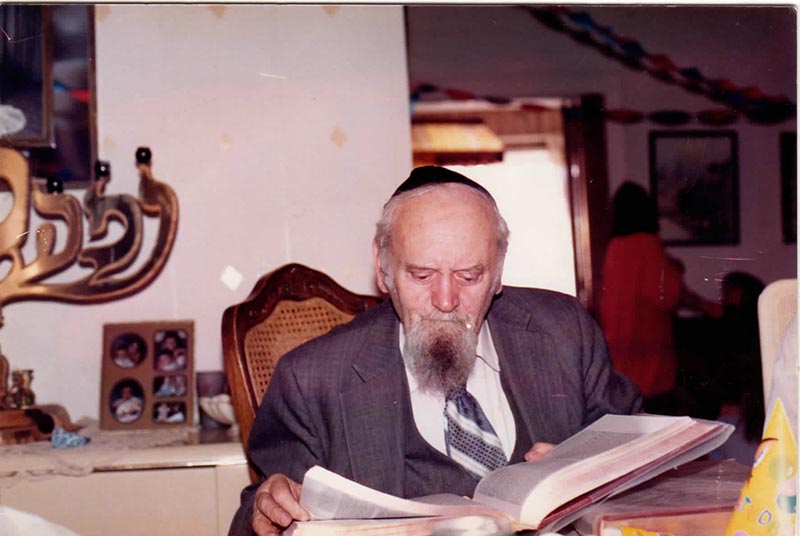 “Yaakov Avinu lo meis.” Our father Jacob didn’t die. This quote from the Gemara Taanis refers to the fact that his descendents keep the Torah. In that light I can also say that our father, Rabbi Sholom Klass, didn’t die, as his children and grandchildren and great grandchildren all follow his path of Torah and chesed and love of Israel.

The Gemara was always open before him, even in the early days when he was working so hard to found and build The Jewish Press. For over 50 years he gave a weekly Gemara shiur every Shabbos at the Young Israel of Brighton Beach. When he went away in the summers he gave the shiur wherever he was. And the smile upon his face when he was learning with his grandsons could light up the room.


My sister, Hindy, relates, “In his later years, when my father ate at our Shabbos table every week, he filled the table talk with Torah. My children waited to hear his divrei Torah every Shabbos.”

His chesed was legendary. He supported all of his siblings by giving them jobs at the paper and they in turn were devoted to him. In the early years, they also worked around the clock, alongside him whenever it was necessary. And they all looked up to him.

When The Jewish Press became successful he gave jobs to friends who were out of work, even when he didn’t really need them. They didn’t know that, because he made them feel important. He was concerned for their welfare and took care of them. He used to tell us that the greatest chesed was giving someone a job so that he could support himself. Tzedaka was high on his list of priorities. But he not only gave money; he also gave help to needy people through the pages of The Jewish Press. That is something that we continue to this day.

His love of Israel could be felt on the pages of the paper. He gave a voice to Rabbi Meir Kahane, to Rabbi Menachem Porush and to Menachem Begin, among others, through their articles. He was proud of his grandsons who lived in Israel, and through the help of his good friend Zalman Aryeh Hilsenrad, he supported families in Israel.

I have written a lot of these things over the past 19 years since his passing, so I decided that I would do something a little bit different this year. There are six great grandchildren named after my father and two great, great grandchildren carrying his name. Although some of them are quite young, I would like to write a little about them and show how parts of his neshama shines forth within these children.

Son of Michal Popper. He lives in Jerusalem, Israel, and is a full time yeshiva student, learning in Jerusalem.  He stays in the beit midrash until late at night learning.

He is very quiet and respectful and looks after his younger brother. By all of these midos, he reminds me of my father.

Son of Zevie and Yael Schwartz. He lives in Givat Shmuel, Israel. He is a very friendly, sociable person. He loves helping others. He is finishing high school all the way up north in Kiryat Shmona in order to help underprivileged boys. The program that he is part of brings boys from the center of Israel to outlying areas where they can help boys their age succeed in school.

At his bar mitzvah he sat down at the table where my friends were and chatted with each one of them, making sure they were enjoying themselves. Everyone wants to be his friend. He always has a smile on his face and laughs easily. He is loved by everyone.

He makes me think of my father. He is always surrounded by friends and he tries to take care of all of them.

Son of Dovid and Julie Schwartz. He lives in the Shomron, Israel. He is very studious and he is excelling in his studies. He has a fine, sensitive nature and helps younger boys in his school. He was accepted to the prestigious Jerusalem high school of technology, but he chose to go to Makor Chayim, a new concept in schooling, focusing on limudei kodesh and leaving a lot of the decision making up to the students. He stands out in a crowd and everyone is his friend. He uses his sharp mind for Gemara as well as math, and he excels in both.

When I see him quietly learning, it reminds me of my father.

Son of Rabbi Raphael and Leora Fuchs, grandson of Shandee and Meir Fuchs. He lives in Lakewood, N.J. Although he is only in first grade, he is a very smart child and a very determined one. When he sets his mind to accomplishing something he doesn’t stop until he finishes it. He is quick to answer the parsha questions that his father asks at the Shabbos table, sometimes even answering the questions put to his older siblings before they have a chance to. My father was like that, quick to answer Torah questions.

Son of Chani and Daniel Meir Heyman, grandson of Shandee and Meir Fuchs. He lives in Los Angeles, California.

Chani wrote about her son: “When my father-in-law, Dr. BenZion Heyman, battled the cancer that took over his body there was only one thing that could brighten his day. That was little Shalom Heyman. Only 4 months old he would sit on his frail grandfather’s lap and lighten up the room with his contagious smile. He didn’t cry, he just smiled. Baruch Hashem, this smile has been his signature expression all through his toddler years and now in his preschool years as well.” That pure smile of young Shalom brings my father to mind.

My sister Hindy has three grandchildren named after our father. All of them, ranging in age from 17 to 11, are very fine boys. One lives in Jerusalem, Israel (Hindy’s first Israeli grandchild), and he excels in Gemara and in math, is a good friend to everyone and looks after his two younger sisters. The other two – who live in New York – are loving and helpful, and are also excellent students, excelling in Gemara and reading on a high level. They bring nachas to their grandparents and all remind Hindy of our father. 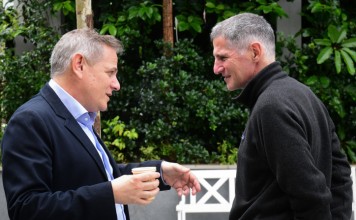 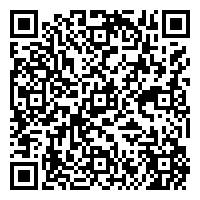