As yeshiva tuition costs seem to increase with each passing year – draining the resources of large Orthodox families – many wonder what the future holds. Can anything be done to alleviate the community’s financial burden? If yes, what?

For insight on this topic – particularly as it affects New Jersey residents – The Jewish Press recently spoke with Josh Pruzansky, director of political affairs and public policy in New Jersey for the Orthodox Union. Over the past few years, Pruzansky has secured an additional $6.6 million in state funding for day schools.

The Jewish Press: School vouchers – which would save families many thousands of dollars – would be a dream come true for many Orthodox Jews. What’s the status of this dream in New Jersey?

Pruzansky: Right now there are no bills for school vouchers in New Jersey’s legislature. A few years ago there was a bill that didn’t make it called the Opportunity Scholarship Act, but that was more of a tax credit scholarship bill than a voucher bill.

How is that different from a school voucher?

A school voucher means the state is giving you a voucher to send your kid to whatever school you want. That might be problematic as far church-state issues are concerned. But if you do it as a scholarship, it goes through a third party and you avoid direct funding by the state.

So, for instance, instead of Target or Walmart paying their corporate taxes to the state, they pay that amount of money to a scholarship organization, which then gives that money to the parents.

What are the prospects of New Jersey’s legislature passing a tax credit scholarship program in the near future?

Pennsylvania already has one, and if the New York Jewish community is successful in its endeavor to get one I think we’ll have a better chance of passing it in New Jersey. Governor Christie is very much on board.

What else, in addition to lobbying for a tax credit scholarship program, is the OU doing to help alleviate the yeshiva tuition burden in New Jersey?

The state pays a certain amount toward nursing, technology, and textbooks. It also funds transportation for students in certain districts as well as special education. What we try to do is incrementally increase those amounts. Over the last two years it’s increased over 50 percent.

Right now, we’re getting a few hundred dollars per student, which – with 38,000 students – translates into millions of dollars per year of funding for day schools.

We get 33 percent of what New York gets. But New York is a well-established community. We’re just starting in New Jersey. We’re about six or seven decades behind New York as far as an organized Jewish community is concerned.

You recently wrote an op-ed under the title “Staying Home On Election Day Is Too Expensive.” What did you mean by that?

When it comes to reaching politicians, the one thing that really gets their attention is voting because without votes they can’t get reelected. So it’s incumbent upon the community to get out there and vote at every opportunity – not just when a president is running, but every single year, whether it’s a school-board election, a municipal election, or a state election. 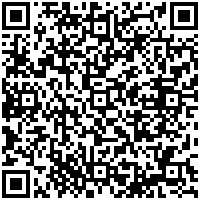