“NAGPRA is a Native American grave site and human remains law,” explained Rabbi Mordechai Millunchick, “museums have to contact tribes, to the best of their ability, when they encounter Native American remains or grave sites. Thanks to NAGPRA there’s an awareness among museum staffers and curators. Now when I ask about bones, none of them throw me out.”

Rabbi Millunchick’s interest in bones at museums runs purely halachic. Buildings that contain human remains often pose a problem for kohanim, who are not permitted to enter them because of the tumah, or ritual impurity that emanates from the bones, skeletons, and other human remains.


But as with many other areas of Jewish law, once you enter the details, things begin to get murky. “If there’s a dead body in a room, then the tumah spreads throughout the entire room, and it continues to any area open to it,” Rabbi Millunchick, the director of Congregation Adas Yeshurun in Chicago’s West Rogers Park neighborhood, said by phone from his office. “Due to the open architecture of museums the tumah goes from room to room. Most museums don’t have closed doors. So even items in storage areas could be a problem.

“If you know there’s a skeleton stored in the museum, now that’s when you need to start putting on your halacha hat – how many rooms are there? Are they open to each other? How are the remains stored or displayed? And so on.”

Rabbi Millunchick began his corpse curiosity in 2008 after his father-in-law heard on the radio about the research of Pamela Bannos, an associate professor in the Art Theory and Practice department at Northwestern University. Bannos had begun looking into the history of Chicago’s famed Lincoln Park. She found that parts of the park – and even part of a nearby neighborhood – were built atop a large cemetery.

“A city worker told me that it’s not uncommon for people to be digging in that area and find bones,” the rabbi said. “The city closed down the cemetery after the Great Chicago Fire in 1871. And when they cleaned up the bones they didn’t do a great job. Bannos researched everything about where the cemetery was. She pinpointed where the Jewish section was. Chicago has a public zoo – the Lincoln Park Zoo. The southern tip of the zoo has a farm/children’s area. She interviewed the former director of the zoo, Dr. Lester Fisher, who told her that when they were building one of the barns for the zoo, they dug down and found a skeleton. They called different departments in the city – the health department, the parks department – and each one sent him to the other. So Fisher said let’s do the right thing, which to his mind was to rebury it and build on top.

“This barn is clearly an ohel hameis” – literally a tent for the dead body. And a restricted area for kohanim to enter.

Rabbi Millunchick’s father-in-law mentioned Bannos’s research to his son-in-law, “almost in passing,” wondering what the implications for kohanim would be. And Rabbi Millunchick got to work. The process of checking on a museum is much more than simply calling to see if they have any bones. He has to see them in person, not a bad circumstance for a museum goer. “I went to the main museums in the Chicago area to see if they are a problem for kohanim or not. I’m someone who likes museums since I was a kid.” Rabbi Millunchick is not a kohen, so his field trips, and their restricting conclusions, have not curtailed his visits. 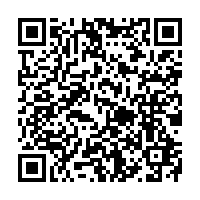