In the summer of 2006, Ari Fuld received a phone call from the IDF. The officer on the line hastily notified him that his unit had been drafted and was being sent to Lebanon with the daunting mission of dismantling a terrorist infrastructure. With a mix of trepidation and pride, Ari waved goodbye to his wife and children and reported for duty. Not long after arriving, his unit was ambushed by Hezbollah. As they fled exploding missiles and gunfire, several soldiers were injured and one was tragically killed. When they managed to reach a safe area, a surprised Ari watched as a medic pulled a giant piece of shrapnel from his vest that miraculously stopped just short of severing him in half.

Finally, after two grueling weeks, they were given the order to return home to Israel. There was no bus to pick them up due to the fear of missile fire, forcing them to trek 23 miles on foot. When they reached the border they collapsed, dazed and exhausted.

It was then that a mysterious truck arrived.

The soldiers watched warily as a man got out. He began to unload water packs, sandwiches, juice, chocolate, underwear, flashlights, and a stack of letters. As he distributed the goods to the stunned soldiers he introduced himself as Rami Landau and told them about an organization his father had founded named Standing Together, an organization created for the sole purpose of supporting and supplying IDF soldiers with whatever they may need. Rami explained that the letters he was handing out were written by people all over the world, thanking the soldiers for their service in protecting the holy land. The soldiers were deeply moved. It was a moment they would not forget.

This is why Ari said yes without hesitation when he received a phone call eight years later, asking him to be a part of Standing Together. He remembered the strength he had received and the motivation he had regained when the truck pulled up that day. He recalled reading the letters and realizing that he was not just fighting for Israel, but an entire nation. He still felt the impact that Standing Together had on him all those years ago and was eager to impact others.

Today, Ari is the assistant director of Standing Together and a wearer of many hats. He drives the same truck that saved him and his unit, runs campaigns, coordinates with the IDF, and travels all over the world to speak and receive donations.

Whenever Ari speaks he makes it a habit to explain that he is not there to simply collect money, but his goal is to create a personal connection between the soldiers and the people around the world. “Don’t think of them as just Israelis,” he says. “They are your sons and daughters.”

It is this connection that inspires donors to give money and countless volunteers to help distribute treats to soldiers. When the Standing Together trucks arrives to give out coffee or pizza, the soldiers understand that the organization’s goal is not merely to feed them, but to show their vast appreciation for their work and to demonstrate that they are not alone nor forgotten by the rest of the world.

When the volunteers come to the bases, it is not just the soldiers who are grateful. An officer once approached Ari several years ago and informed him that he was once a volunteer for Standing Together and had been so inspired that he decided to join the IDF himself. Obviously, this is not the goal of Standing Together when they enlist volunteers to help out, but a certain connection is forged instantly.

The first action of Standing Together was made twenty-one years ago when its founder, David ran to a local pizza store to give out pies to nervous soldiers guarding the Kever Rochel checkpoint. Seeing the reactions was all the prodding he needed to start his grassroots organization. It is a movement with no professional ego and works with many other organizations in Israel to help soldiers whenever possible.

The non profit is not one to shy away from expanding beyond its original mission. When a mother of a lone soldier did not have the funds to see her son complete his training, Standing Together decided to post on her behalf on its Facebook group, despite the fact that it typically works with soldiers on the front lines. Less than two hours later, Standing Together presented her with airplane tickets and a hotel reservation. When a lone soldier had to stay on his base for Shabbas in the middle of nowhere, Standing Together arranged for an employee at a bakery to drive to the base to bring him whatever he needed.

With all the help that Standing Together already provides, it still continues to grow and evolve. Currently, it is working on a new grand mission to purchase a large property in Yerushalayim for eighty lone soldiers to live. The organization is also raising money for two new trucks that will drive twenty-four hours a day across Israel. Each truck costs about 180,000 dollars and comes equipped with built in ovens, freezers, popcorn machines, coffee machines, and phone charging stations. Ari’s dream is to one day sponsor a truck named after Yeshoshua, a dear friend that served with him in the army, who was killed by Islamic terrorists. When Yehoshua was taken, it left a big hole in Ari’s heart and this is the kind of gesture that will help fill it.

If anyone would like to stand together with our soldiers by volunteering or donating money, they should visit www.stogether.org.

Ari Fuld often goes on speaking tours around the world to speak about Israel, the IDF Standing Together. He can be booked for speaking events at ari@stogether.org.

Standing Up to Terror Appeasement 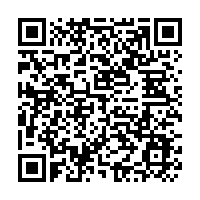