From the very first time they hold their newborn babies, mothers are trapped on an emotional rollercoaster, flitting endlessly between the joys and anxieties of childrearing.  Packed with countless individual moments of success and failure, growth and regression, every day is a barrage of extreme emotions.  And, of course, those feelings only intensify when their children begin to interact with the outside world, impacted constantly by circumstances beyond their control.

Mothers in the Ukraine rarely have the luxury of watching their children grow due to an unrelenting crisis in the region that has stripped away all sense of normalcy and routine.  Instead, they fight for survival daily, shielding their children from the worst rather than helping them become their very best selves.


The crisis in the Ukraine is multifaceted.  Trapped in a tenuous ceasefire since 2015, the unemployment rate continues to rise, and nearly 60 percent of the country’s population lives at or below the poverty line.  Basic goods are kept just out of reach for low-income families and social support services are entirely absent.

Despite having the odds stacked against them, two Jewish mothers from the Ukraine refused to allow their children’s development and happiness to become casualties of the crisis.  With a steel resolve, they battled internal and external forces to give their children the best possible chance at leading fulfilling lives.

Born and raised in the Ukrainian city of Zhytomyr, Liana Luschenko attended public school through the fifth grade, switching to a Jewish school the next year.  A precocious student, Liana excelled at school.  However, in the ninth grade, Liana began experiencing severe epileptic episodes, and her mother decided to pull her out of school, ending her formal education.

Isolated from children her own age, Liana met Vladmir, who was several years older.  The teenagers fell in love and got married, alienating Liana from her family.  Soon thereafter, Liana became pregnant with her first child.

Early on in their marriage, Vladmir became addicted to alcohol, and would frequently lash out violently while drunk.  During one of these episodes, he attempted to hit Liana but hit their four-month-old son, Nazar, instead.  The blow was so severe that the baby was in the ICU for several months.  When Nazar finally regained consciousness, he was permanently disabled on his left side and suffered from severe epileptic fits as a result of the head trauma.

Over the course of the next few years, Liana had her second and third children with Vladmir, and began suffering from severe post-partum depression.  The family lived on the children’s governmental allowance and were very deeply in debt.  Vladmir was continually abusive, and Liana sunk deeper into depression.  If the constant turmoil in the streets weren’t enough, the struggles at home would be her end.

A few towns over in Kherson, Irena Mali had a similar story to tell.  She had fallen in love with a man who promised to take care of her forever, however, after Irena gave birth to two sons, her husband became disillusioned with family life and abandoned them.  Irena took her two young sons and moved in with her elderly father.

When Irena’s father passed away, she married for a second time and had another child. Her second husband soon abandoned the family, leaving them to fend for themselves once again.

With limited options, Irena moved her family into a drafty and dimly lit shack with leaks in the ceiling and walls.  Unable to find employment, Irena could not afford to feed her children every day, so they became sickly and malnourished.  Angry about their living conditions and jealous of their schoolmates with loving fathers, decent clothes, and plentiful food, her children fought constantly, using their fists to release their frustrations.

When she was expecting her third child, Liana met Chani, an old friend from the Jewish high school she had attended. The women bonded over the fact that they were both expecting and exchanged phone numbers.

Several months later, Liana received a call from Chani telling her about LifeChanger FSU, a new program that assisted Jewish families in crisis across the Ukraine by providing frameworks for housing, education, and healthcare.  Drowning in debt and overwhelmed by her parental responsibilities, Liana had no choice but to accept the help. That was her first act of bravery.

With the assistance and encouragement of Chani and LifeChanger FSU, Liana found the strength to venture out of the house and move her family forward.  She found appropriate educational frameworks and psychological support for her two younger children, began fighting the government for Nazar’s disability benefits, received new clothing for every member of the family, and was finally able to provide her children with a clean and orderly place to live.

After a few months, Nazar was enrolled in a rehabilitation center for children with disabilities, where he received all the treatments and medications he so desperately needed to reduce the frequency and severity of his epileptic fits and began learning life skills, such as personal hygiene and social adaptation.

“LifeChanger FSU works with the leadership in local Jewish communities and professionals around the world to remove children from dangerous living situations, provide families with medical supplies and mental health support, and address each child’s unique physical, mental, educational and social needs,” explains its director, Irina Chernobryvets.  “In this way, we are able to jump start their growth, distance them from negative influences, break the cycle of solitude and isolation, and develop their Jewish identities.”

In addition to attending to the children’s needs, LifeChanger FSU helped Liana take back her own life, beginning with a divorce from Vladmir.  She met with a therapist regularly and started focusing on her own care and rehabilitation.  And at the age of twenty-six, Liana enrolled in a Jewish heritage program and eventually went on Birthright, falling in love with Israel and feeling hopeful about the future of her family for the very first time.

“I was so taken by my Israel experience, and I felt that as the home of the Jewish people, it would be a great fresh start for us, a second chance at life for myself and my family,” said Liana.  LifeChanger FSU helped Liana with the paperwork and logistics, and in November 2017, the Luschenko family, led by their emboldened matriarch, began packing their bags for a one-way trip to the Holy Land – Liana’s second act of bravery.  The family lives in Ramle and continues to receive clothing stipends and professional support from LifeChanger FSU, as well as assistance in navigating the new system and securing the best possible care for Nazar.

“Here is Israel, my son has access to the best possible care, and may even learn to function socially, a prognosis he never would have received had we stayed in the Ukraine,” Liana beams.  “And my other children are thriving in school, like fish to water.”

Irina Chernobryvets makes it clear that the Luschenko family’s transition to their new home was preceded by months of personalized rehabilitation for every member of the family.

“Aliyah is a grueling process for anyone, but especially for those with complicated backgrounds.  We all know of the thousands that have returned to their countries of origin, including so many from the FSU.  That’s why LifeChanger FSU makes sure that families who choose to make aliyah are fully rehabilitated in the Ukraine before sending them to cope with a new challenge in Israel,” she said.

“The Lushenko family was treated for two years before we helped them make the big move.  We didn’t just want to put a bandage on their problem and send them to a better place.  We wanted to help them become their best selves and then find a permanent home that would allow them to continue to grow.”

Assisted by professionals, and given plenty of time to heal, Irena followed the same path and also found her way home.

The local Jewish community in Kherson found out about the Mali family’s dreadful living conditions and called on local LifeChanger FSU coordinator Levy to help Irena and her children.  Levy sprang into action, leveraging local resources to provide the family with more comfortable living arrangements, a stipend for groceries and psychological treatment for the children.  He also signed up Irena’s two older sons for boxing classes, a healthy outlet for their pent-up anger.  Both boys excelled in the new athletic framework, building muscle mass and self-esteem, while learning discipline and how to support each other.

Irena also began seeing a private psychologist regularly and received guidance from an employment coach regarding the development of her marketable skills.  Within a few months, Irena found gainful employment and was able to take control of her life, pulling her family out of the tragic cycle of poverty in the process.  No longer living in a shack or haunted by feelings of anger and abandonment, she decided that it was time for a fresh start. Like the Luschenko family, Irena and her family made aliyah and settled in Akko.

“I was in a very dark place, but LifeChanger FSU helped me get my life back on track and allowed me to feel hopeful about the future for myself and my children again,” recounts Irena, standing in her new garden in Akko.  “We got the ultimate gift, that rare second chance, and we didn’t want to waste it.  That’s why we are here, to live our lives to the fullest as a cohesive family and as proud Jews.” 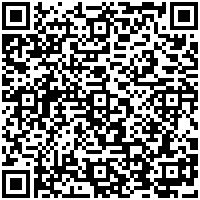