Dr. Amy Neustein is the founder and CEO of Linguistic Technology Systems (LTS), Inc., a Fort Lee, New Jersey company that combines higher-scale natural language understanding with computer technology to build a radically different kind of user interface for the kinds of websites we frequently access at home, in the office, in healthcare settings, and in the car.

In fact, says Dr. Neustein, our use of websites has become so second nature to us – from making purchases online and reserving space in a parking garage to doing a stock trade and entering medical history data in a hospital health portal – that we rarely ever think about how such sites operate.


Dr. Neustein has authored and edited eight scholarly books on a variety of subjects including speech-enabled robots in healthcare, text mining of journal articles and social media posts, and enabling computers to better understand the many nuances of human language. I spoke with her recently about how her company’s uniquely styled native-driven platform affects the lives of everyday users and also aid banking institutions, brokerage houses, credit card companies, call centers, hospitals, and government intelligence agencies.

Reichel: What is a “native-driven platform” and what is unique about it?

Neustein: A native-driven platform is a radical alternative to the conventional browser-based website. Today, websites are generally designed to do all their interactions through interfacing with a web browser, an approach that complicates the process for users in all sorts of ways – often leading to long waiting times while pages load, and the frustration of trying to remember what had appeared on the prior page that is no longer in view when the current page is open. And what about those annoying pop-ups and crashes? In contrast, the “native” design obviates many of these problems by allowing the user to perform all the needed actions on one single screen display.

Was this a recent idea for you, or something you were giving thought to for some time?

In a way, it’s both. Website technology is extremely important now. Everybody understands that user interaction is one of the keys to making websites effective, but users are being held back by the clumsiness of the in-and-out processes where each page must go through the browser – acting as the “gatekeeper” – to load up its content.

But in the loading of web content there is a huge amount of data, often unnecessary, that makes pages load slowly as the browser stops and starts repeatedly. So there’s an immediate need for a better sort of platform for running websites so that they can be free of “traffic jams.”

But I’ve also been thinking about these things for quite some time. Back in the 80s, before we had health portals for patients to upload their medical history data, I was already writing and lecturing on how computers could offer a unique front-end “cleanup” of patient medical history information. Studying doctor-patient interaction, it became clear to me that one of the reasons why patients are so often misdiagnosed is that there is such a wide chasm between how patients articulate their symptoms and what medical professionals customarily listen for.

For instance, when a patient describes palpitations and other possible cardiac symptoms, or gastric reflux for that matter, in language the doctor is not attuned to hear, this vital history data will often elude the doctor.

Today, with health portals being used in so many medical offices and hospitals, this front-end cleanup of patient medical history may actually become a reality. This is so because by implementing a native-driven platform, higher scale natural language analysis can be used to extract important medical history information even when the patient fails to present symptoms in a clear, crisp manner.

Natural language analysis that “cleans up” the patient’s intake form can be performed either in the cloud or on software run locally on patients’ desktops and mobile devices via a special app that connects the patient’s computer to the health portal website. By doing so, one can ensure that what the patient writes down on the intake form is rendered medically meaningful before it is sent over the Internet.

How do you make this work?

In essence, native design packages specialized features, such as higher-scale natural language analysis, into the front-end of the website, allowing the user to manipulate and control the presentation of the site. It’s sort of like having your own Word or PowerPoint program bundled into the website interface.

Traditional browser-based websites, in contrast, do not allow such customized front ends because such capabilities and features are not available on either the front end of the browser or the back end of the server, as they are not compatible with web applications’ programming environments.

We’ve heard so much about malware and other security breaches. Does native design address those concerns?

A native-driven platform can extend advanced security features to end-client users so that the client-user interface is less vulnerable to unwarranted intrusion, unlike the traditional websites where passwords and cookies can be cracked all too easily because all websites conform to a similar Web 2.0 design. Native design, in contrast, is so individualized that it would require intricate reverse engineering for a hacker to figure out the security protections on a native platform.

In addition, native is more secure because in the native-driven platform everything is, so to speak, in one place: you don’t have a long chain of interactions involved every time someone uses the system. Since a chain is only as strong as its weakest link, cutting down on the number and sensitivity of the links in the native design makes the whole system stronger and much more immune to security breaches.

In addition to making life easier for users, can this technology make people safer?

Yes. This technology takes threat detection to a whole new level. By condensing and simplifying the web interaction system, it can give on-the-spot information to the soldier in the jeep or the co-pilot in the cockpit, so that no time has to be wasted traveling back to base to research a new terror group, for instance. That gives this technology an important role in homeland security as well as promoting convenience, cost reduction, and data protection.

It’s not easy to persuade an industry to convert from browser-based websites to native driven sites. How do you do it?

In reality, we’re actually going in the direction that’s already projected by the industry itself: Google has forecast the wide use of native design as evidenced by its NACL (native client) project. And HTML5 demonstrates that web developers are actively looking for more native style components. However, we are surpassing these web technologies in offering a comprehensive, full-fledged native experience for the user. And this will certainly make users’ everyday lives better and also make the world a safer place to live in. 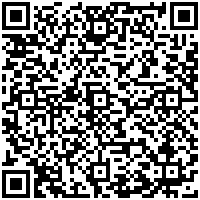