A Jewish army fighting Hitler? The idea sounds wild, but Zionist leader Vladimir Jabotinsky – and, to a lesser extent, Chaim Weizmann and David Ben-Gurion – thought it achievable. Jabotinsky envisioned an army of 100,000 fighting the Nazi menace, placing Jews in a perfect position after the war to demand a Jewish state.

To learn more, The Jewish Press recently spoke with Rick Richman, author of a new book published next week, Racing Against History: The 1940 Campaign for a Jewish Army to Fight Hitler (Encounter Books). Richman has previously written for The Jewish Press, The New York Sun, Commentary, American Thinker, and Mosaic Magazine, among other publications. He is also the founder and editor of the Jewish Current Issues blog.


The Jewish Press: Explain the thinking behind forming a separate Jewish army to fight Hitler.

Richman: By mid-1940, most of Europe was under Nazi control. The United States was mired in isolationism and Britain was standing alone against Germany, having just evacuated 300,000 soldiers from Dunkirk but having been forced to leave an enormous amount of military equipment behind in France.

Britain was so undermanned and under-armed at this point that a Jewish army of 50,000-100,000 soldiers could have made a significant military impact. And supporting Britain was really the only choice Zionists had because if Britain were defeated Zionism would be a non-issue since there wouldn’t be any Jews left alive in Europe.

There was also a political logic behind forming a Jewish army. If you wanted to be part of the postwar peace conference, you had to participate in the war. You couldn’t sit on the sidelines and hope that after the war your concerns would be taken care of for you.

You write in Racing Against History that America’s Jewish leadership opposed the formation of a Jewish army to fight Hitler. What was their logic?

American Jews, particularly their leaders, were in a complicated situation. They understood what was going on in Europe, but virtually the entire country was against participating in the war. The United States had fought in World War I, just two decades earlier, and had lost more than 100,000 soldiers in a war that was supposed to “make the world safe for democracy.” So Americans wanted to stay out of any new war.

There was also widespread anti-Semitism on the part of prominent figures at the time, including Henry Ford, who blamed Jews for World War I; aviator hero Charles Lindbergh; and Father Coughlin, who had the biggest radio audience at the time. Millions of people listened as he called Jews communists and said the Nazis were in effect protecting Europe from communism. So it was a very difficult time for Jews, and most thought that any talk of participating in the war would jeopardize their position in America and raise questions about their loyalty.

Your book covers the 1940 visits to America of Jabotinsky, Weizmann, and Ben-Gurion. But the latter two didn’t really publicly campaign for a Jewish army. Why, then, give them such prominent coverage in your book?

Jabotinsky was clearly the person who saw the need for a Jewish army more than the other two, but Weizmann and Ben-Gurion supported it as well. The day after World War II started, Weizmann wrote to Neville Chamberlain, who was Britain’s prime minister at the time, offering Jewish military, financial, and political support. And on the first day of his 1940 trip to America, Ben-Gurion wrote in his diary that there was only one thing on his mind: a Jewish army.

But you’re absolutely right that Jabotinsky clearly campaigned for a Jewish army the hardest. He was the primary force behind forming the 15,000-member Jewish Legion in World War I, so he knew it could be done. He had done it before and thought he could do it again. The other two were more cautious.

How, in practical terms, was this Jewish army supposed to be formed? Where would the soldiers come from? Who would train them and where? Was it supposed to be an independent army or part of a larger existing one?

Jabotinsky wrote to the British ambassador in United States, Lord Lothian, that the soldiers would come from the almost 500,000 stateless Jews in the world, including 400,000 in Palestine.

As to where they’d be trained, he thought Canada, which was one of the dominions supporting Britain, would be best. Canada had offered training camps to Jabotinsky, and while Jabotinsky was in America, 20,000 Canadian-trained troops, which included American volunteers, had arrived in Britain.

In terms of whether it would be an independent army or not: a little bit of both. Jabotinsky thought it would be like the Polish army in exile. It would coordinate with Britain and obviously Britain would call the shots militarily, but it would nonetheless be an army under a Jewish flag.

Within 10 days of becoming prime minister, Churchill wrote a memo to his secretary of state for the colonies that said: “Our predecessors have cruelly prevented the Jews from defending themselves and forming a military force in Palestine. As a result, we have thousands of our best soldiers in Palestine trying to prevent the Arabs from attacking the Jews.”

From a military standpoint, he thought that was ludicrous. He said: “The Jews are willing and want to form a military force to defend themselves. We ought to arm them and let them organize as quickly as possible so that we can withdraw British forces in Palestine who can then go either to Egypt to protect the Suez Canal or to Britain to face the Nazi onslaught.”

Remember: May 1940 was perhaps the lowest military point for Britain. In June, Churchill made his “We shall never surrender” speech that rallied the nation. But he didn’t disclose that after Dunkirk, Britain only had 100 tanks left. So Britain was in dire military straits and a Jewish force in Palestine just to protect the Jews would have been valuable in freeing up British forces to fight elsewhere.

If Churchill supported the idea, why didn’t it come to fruition?

While a Jewish army to fight Hitler was never established, a Jewish Brigade under the British army did form late in the war, which ultimately helped form the nucleus of the IDF. Can you address this point?

There was British bureaucratic resistance for most of the war, but in late 1944 they permitted the formation of a single brigade of 5,000 people who fought under a Canadian-born brigadier general by the name of Ernest Benjamin. They fought in northern Italy and fought valiantly.

That unit was disbanded by the British in 1946, and most of its members then went to Palestine where they formed the backbone of the Haganah and Irgun. They brought with them fighting experience and an ethos that was contagious and created a sense of enthusiasm and pride among the Jews in Palestine themselves. Eventually 35 veterans of this unit became generals in the IDF.

You write in the book’s introduction that the fight to create a Jewish army in World War II is still relevant today. How so?

First, I think it’s a cautionary tale about the dangers of division among the Jewish people at a time of existential threat. Jabotinsky, Weizmann, and Ben-Gurion were not speaking to each other in 1940, and it’s heartbreaking to think that the effort to create a Jewish army was hindered by lack of unity.

Second, we’re fortunate that most of us have lived our entire lives with the Jewish state in existence. But look at what happened to Poland in 1939. Within a month after World War II started, it had been divided and annexed by Germany and the Soviet Union. In one month Poland disappeared. So the last thing, I think, we need is a resurgence of American isolationism and the last thing American Jews should do is take Israel’s existence for granted. 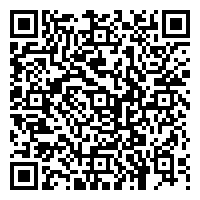