It’s not often that an internationally renowned novelist, essayist, and law professor who started out as an Upper West Side liberal, a member in good standing of the left-wing intellectual establishment, becomes known as a mighty defender of Israel.

The Jewish Press recently spoke with Thane Rosenbaum, whose rapier-sharp articles in publications ranging from The New York Times to The Wall Street Journal to Haaretz take on the double standard applied to Israel, the futility of the “Arab Spring,” and the world’s back-bending excuses for Islamic terrorism.

Rosenbaum, a senior fellow at NYU School of Law where he directs the Forum on Law, Culture & Society, is the editor of the anthology “Law Lit – From Atticus Finch to The Practice: A Collection of Great Writing about the Law” and the author of such novels as “The Golems of Gotham” and “Second Hand Smoke.” His nonfiction books include “Payback: The Case for Revenge” and “The Myth of Moral Justice: Why Our Legal System Fails to Do What’s Right.” His forthcoming book is titled “The High Cost of Free Speech: Rethinking the First Amendment.”

The Jewish Press: What caused the change in your previously liberal views on Israel and the Middle East?

Rosenbaum: I didn’t change at all; everyone else changed. I would say that the left isn’t truly “liberal” when it comes to its hypocritical positions against Israel. When I grew up, being liberal meant anti-fascist, a protector of the rights of minorities and women, a defender of liberal values: free speech, free press, freedom of religion, free elections, democratic institutions, respect for the rule of law – and perhaps most importantly, having an open and honest mind.

That’s still the way I see world events, and my writings reflect that perspective. However, the left, when it comes to Israel and the Arabs, has completely abandoned those values and has thereby changed the definition of what it means to be “liberal.”

I think it all started in 1982 when Israel invaded Lebanon and for the first time in world opinion appeared to be the aggressor in the region. Then, with the fall of communism and the end of the Cold War, the left began to redefine liberalism to mean anti-colonialism, anti-occupation, anti-imperialism, and anti-Americanism, and adopted a twisted and distorted view of cultural relativism, which treats Palestinians as if they have no moral agency to make their own decisions, no responsibility for their own behavior, no accountability for the acts they commit and the failures they bring on themselves.

We see the same thing in the way the left refuses to connect Islamic terrorism to Islam, as if the terrorists don’t know what Islam is, as if when they say they are committing their acts in the name of Allah, they have it wrong.

It almost sounds as though you’re saying the left is racist in its view of Arabs.

That’s exactly what I’m saying. It’s blatant racism to hold Palestinians in such low regard that everything is being demanded of Israel and nothing is being demanded of Palestinians. Israel is expected to achieve moral perfection; terrorists are deemed the victims in this bizarre morality play, so nothing is required of them other than to lash out at the Western world.

You are a child of parents who were liberated from concentration camps. Does the present time remind you at all of Europe during the Nazi period?

It is much worse in a way, I’m afraid. During the Nazi period, as bad as the Germans were, no German politician ever declared openly a desire to exterminate the Jews. Instead, euphemistic code words like “the Final Solution to the Jewish question” and “work camps,” with the infamous “arbeit macht frei” slogan, were used, so as not to tip off their murderous intentions. Today, however, Muslim leaders and imams say openly that Israel should be wiped from the map and Jews should be slaughtered. What if the Finnish people spoke this way about Norway, or the French about the Belgians? Unimaginable. The Security Council would threaten expulsion of these states from the United Nations. But threatening Israel in this manner is commonly accepted. The result has invited a worldwide resurgence of overt and undisguised anti-Semitism. 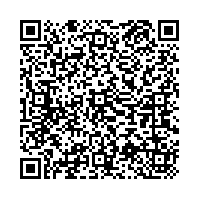