Suzanne Augustine Lorge was born into a prosperous Belgian family in 1905. At the age of twenty, she married Brussels-born dramatist/filmmaker Claude Spaak with whom she had two children, Lucie and Louis.

As the daughter of a successful Belgian banker and the sister-in-law of the Belgian foreign minister, Suzanne was accustomed to an upscale standard of living. Her husband Claude acquired some paintings by fellow Belgian René Magritte, a talented surrealistic artist, who later painted her portrait.


In 1936, the Spaaks moved to Paris and found a home at 9 Rue de Beaujolais, in the same building as the well-known French novelist, Colette and her husband. A highly devoted mother, Suzanne found fulfillment in raising her family while still enjoying the life of a wealthy socialite in Paris.

With the outbreak of World War II and the occupation of France by Germany, Suzanne Spaak’s life changed completely.

Angry about the suppression, brutality and racial intolerance of the Nazi occupation, she decided to do something – something very unusual for a woman of her affluent background.

In 1942, she joined the French Resistance movement. However, when she volunteered to work with the underground National Movement Against Racism or Mouvement National Contre le Racisme (MNCR), its members greeted her with skepticism. They wondered how, or if, this wealthy socialite would survive the difficult, dangerous conditions members were put through.

At first, they assigned her simple tasks such as typing, distributing leaflets and shopping for everyday supplies. After a while, Suzanne asked for greater challenges, “Tell me what I must do. It is all the same for me to do this or that work… so I’ll know that I am serving in the struggle against Nazism.”

Mr. Aronson, a fellow member of the MNCR, who had initially doubted the new recruit’s abilities, began to realize he had misjudged her deep commitment to the cause: “We were not very optimistic regarding the capabilities of our new collaborator, but how great was our mistake. She belonged to the category of idealists for whom their private lives and personal needs cease to exist the moment a great idea comes to possess their heart and soul.”

Never refusing an assignment, Suzanne walked all over the city of Paris in an effort to find a hospital willing to risk treating Jews in hiding who needed urgent medical attention. Using her influence with the upper class of Parisian society, she knocked on the doors of lawyers, educators, judges, clerics, movie stars and writers and asked for their support.

Aware of the growing atrocities of the Nazis, Suzanne devoted herself to ridding France and her native Belgium of their oppressors. She joined the Red Orchestra intelligence network, a Soviet-sponsored organization founded by Leopold Trepper, a Jewish communist from Poland. This group conducted very effective intelligence- gathering in Germany, France, Holland and in neutral Switzerland with members known as the “Lucy Ring.” The network grew so successful at infiltrating the German military intelligence service that the Nazis set up the Red Orchestra Special Detachment to eliminate it.

In early 1943, information concerning the deportation of Jewish children leaked out. As the loving mother of her own two children, Suzanne felt so overwhelmed by the danger facing the Jewish children that it affected her personal life. Working tenaciously to save the lives of these Jewish youngsters about to be sent to the German death camps, she actively participated in an operation initiated by Pastor Paul Vergara and Marcelle Guillemot. They managed to smuggle over a hundred and sixty children to safety. Kindhearted Suzanne initially sheltered some of the children in her own home, despite the great personal risk. With the assistance of her comrades, she provided the children with ration cards and clothing, moving them to safe havens in various parts of France.

Meanwhile in Belgium, the Nazis traced and monitored Red Orchestra operative radio transmitters and started making their first arrests. Captured members were so brutally tortured that several divulged names and network secrets. As a result, during the next eighteen months, more than six hundred people were arrested.

Aware of the impending danger, Suzanne, who had already risked her life to save other people’s children, realized the time had come to save her own. In October 1943, she managed to flee with Lucie and Louis to the safety of her sister’s home in Belgium.

Just a short time later, however, Suzanne was arrested by the Gestapo. She’d had the presence of mind to give the lists of Jewish children and their addresses to an underground comrade, saving their lives. She was taken to the notorious Gestapo-held Fresnes prison near Paris, the second largest prison in France. It was a horrific place with cold, filthy cells. Members of the French Resistance and captured British special operations executives were imprisoned there and often never released.

Righteous gentile Mary Elmes of Ireland (featured in this column on May 12) had been confined there for a short time. However, thanks to the efforts of the neutral Irish government, she was released in July of 1943.

Suzanne was destined for a different fate. Imprisoned there for nine months in dreadful conditions, she was subjected to torture and then sentenced to death by a German military court. As the Allied forces broke through at Normandy and started to fight their way to free Paris, the Gestapo prepared to flee. Before leaving, however, they executed some of their prisoners, including members of the Red Orchestra. On August 12, 1944, Suzanne Spaak was shot to death. Only thirteen days later, the Allies liberated Paris.

All the Jewish children she had rescued managed to survive the war. Unlike many of the Righteous Gentiles who risked their lives to save Jews, Suzanne did not live to a ripe old age, enjoying her grandchildren and seeing the generations she had saved.

Barely thirty-nine years old at the time of her death, this heroic woman had written on the wall of her cell: “Alone with my thoughts, there is still freedom.”

In 1985, Yad Vashem recognized Suzanne Spaak as Righteous Among the Nations. 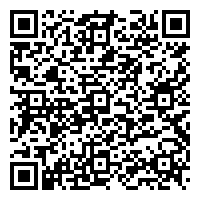