Along the way, he also somehow found time to serve as press secretary for former secretary of state Alexander Haig during his 1987-88 presidential campaign.


For the past 25 years Mariaschin has worked for B’nai B’rith International and today is the organization’s executive vice president.

The Jewish Press: Broadly speaking, how would you describe B’nai B’rith’s activities and what distinguishes B’nai B’rith from other Jewish organizations?

Mariaschin: The first distinguishing factor is that B’nai B’rith is the oldest of the Jewish organizations – we’re now into our 172nd year. We’re also an international organization made up of members in nearly 50 countries around the world.

We concentrate on three main areas: One is pro-Israel advocacy and fighting global anti-Semitism. We’ve had credentials at the United Nations since 1947, and we spend a good deal of our time there fighting bias against Israel.

The second area is senior housing and advocacy. The Jewish community has probably the largest proportion of senior citizens of any ethnic group in this country, so for more than 40 years now we have been sponsoring affordable housing for seniors in conjunction with the Department of Housing and Urban Development – we have more than 40 properties around the United States. We’re also involved in senior advocacy – issues like Social Security, Medicare, etc.

The third area is disaster relief. We help victims of hurricanes, earthquakes, tsunamis – all kinds of natural disasters around the world.

You were recently involved in fighting HarperCollins after a Catholic news website reported that the publisher had omitted Israel in atlases it was selling in the Middle East. What’s your take on the story?

This is only the latest in a long series of these kinds of omissions. We’ve seen it particularly with airlines omitting Israel on route maps, for example. But HarperCollins’s omission was especially egregious because it is a major general and educational publisher. You know, if we’re going to talk about peace and a peace process, it’s not only for diplomats – it’s for everybody. When a major publisher leaves Israel off a map, what kind of message does that send to schoolchildren in the Arab world?

This incident ended well for a change.

Yes, HarperCollins decided to call the atlases back and pulp the rest, as they say. Hopefully it will serve as a lesson for others because this was just a microcosm of the larger issue of the delegitimization of Israel. It doesn’t necessarily have to be a speech at the United Nations; it can be a decision made in an editorial office somewhere to say, “Look, we don’t want to offend our readers so we think we’ll just leave Israel off.” Hopefully the firestorm around this story will send a message to others that a) it’s unacceptable and b) there are people out there watching who will raise the red flag when they do this kind of thing.

What kind of work does B’nai B’rith do at the UN?

We were actually present in 1945 when the UN was founded in San Francisco, and we received our first credentials as an NGO in 1947.

What has happened over the last 25 years, unfortunately, is that much of our UN activity relates to the demonization and delegitimization of Israel. We feel very strongly about trying to keep the UN honest on this issue. So, for example, in March every year we go for a week to Geneva where the UN Human Rights Council is based and meet with ambassadors. We’re also in Paris at UNESCO. 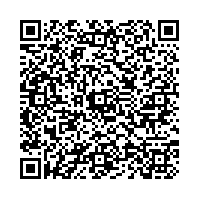