Britain’s right-wing UK Independence Party (UKIP) has voted to support a plan to outlaw the ritual slaughter of animals for meat without prior stunning. UKIP is the fourth largest British party in the European Parliament.

Britain’s RSPCA and the British Veterinary Association have called on the government to ban ritual slaughter. Prime Minister David Cameron has promised to allow exemptions for religious purposes such as the Jewish practice of “shechita” and the Muslim tradition of “halal.”


Both forbid stunning the animal before slaughter, which in Jewish law must be accomplished with a scrupulously sharpened blade and a single, rapid, surgical cut.

UKIP leader Nigel Farage, who reversed himself in the vote and backed the ban, has since been accused of driving Jews from Britain with the new policy, the Daily Mail reported.

British Jews are already considering their alternatives in the face of rising anti-Semitism at home and across Europe. Last summer alone there was a 400 percent increase in the number of anti-Semitic crimes committed in Britain.

“We respect religious groups to carry out slaughter in the UK according to how they define and read their scriptures. What we do not allow however is for the rights and demands of groups within those religion override the UK’s compassionate traditions of animal welfare.

“Animal and veterinary science has long concluded that cutting the throats of animals whilst they are fully conscious can cause significant distress and pain. We see no reason why religious groups should not take into account the concerns of animal welfare when carrying out slaughter,” the party said in its statement, calling the government’s protection of religious rights “weak, lazy and bordering on spineless.”

Agriculture spokesperson Stuart Agnew told Britain’s Jewish Chronicle newspaper he opposed the policy but was overruled. “This isn’t aimed at you – it’s aimed elsewhere – it’s aimed at others. You’ve been caught in the crossfire; collateral damage. You know what I mean.”

Both Agnew and Farage had previously vowed to oppose the ban. 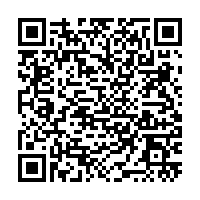