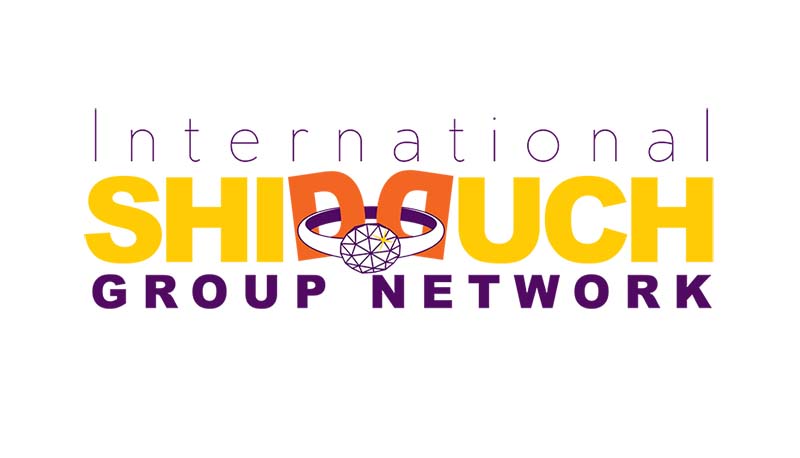 On a Sunday evening in March, a few weeks before Purim, women gathered around a table in a home in Brooklyn. They were busy cutting ribbons, bridal magazine photos and scrapbook paper, and pasting floral designs, lace and pretty beads onto cardboard. The end products were creative “vision boards,” beautiful wedding collages that envisioned a happy day arriving for each of their children. As a group, they believe their mazel is strong by praying, learning and networking together to find the right matches for their loved ones.

Elana Bergovoy founded the Shidduch Group Network thirteen years ago in her living room in Chicago to learn the Lubavitcher Rebbe’s advice on this topic with several friends.

“We came together because we felt frazzled from trying to reach shadchanim in New York,” Bergovoy explained. Within two weeks, her daughter met her future husband. That group met regularly every Shabbos in the spring and summer, and once a month in winter. It soon morphed into 50 chapters worldwide, and includes women who are not chassidic and even secular Jews. They have chapters in Johannesburg, South Africa and several in Crown Heights, Brooklyn, where Bergovoy currently lives. The Network has hosted three international conferences, and opened a temporary shidduch office in Brooklyn last summer.

This month, Bergovoy embarked on a trip to Israel for the first Israeli Shidduch Group Network conference, to take place in Jerusalem in July. In addition to group meetings and conferences, singles are encouraged to register on their website – findyourbashert.com – run by Dvora Schulman, Vice President of the Shidduch Group Network. Each participant who registers as a “Gold Member” has the benefit of a matchmaker who actually gets to know him or her, and then navigates the site for matches.

“We have an efficient system in place; we have the database, the shadchanim,” said Bergovoy, who compares the process to Weight Watchers. “You join up, come to the meetings, follow the directives, and get to the goal: the chuppah!”

Members follow the Torah-based teachings of the Lubavitcher Rebbe in finding a match, such as giving eighteen cents a day to hachanassas kallah organizations, increase their Torah learning and in doing good deeds, praying for others in need of matches and helping them set up their children with other potential singles. There are also the more spiritual tools, including positive thinking, and increasing trust and faith in the Creator.

“My husband and I made seven weddings in eight years! Each successful shidduch suggestion for my children fell into my lap by helping others,” said Bergovoy. “There’s mazel in the group, we’re connected from all backgrounds, and we make a vessel for blessings. We need matchmakers, but we don’t depend on them, we depend on Hashem, He is running the show.”

To prove it, the women involved often give money to matchmakers before they actually succeed in making a match. They also check their mezuzahs to ensure all the words are complete and that the blessings have a conduit to flow into their lives. Bergovoy said she believes that all the dating sites are good, but the spiritual part of the program is where the Network is unique.

“It works,” attested Bergovoy. “Hundreds of people have gotten to the chuppah directly or indirectly through the groups. You never know where a shidduch comes from, we’re tapping into joy and blessing.”

For years Elana encouraged Lieder to lead a shidduch group in her community of Melbourne, Australia, saying she’d see engagements happen for her children. Lieder said, “One day when I have time I’ll get to it. I believed a little bit, but not as much as I should have.”

Lieder found herself sitting at a simcha some time later, and telling the woman sitting next to her that with some nudging from Elana she was going to form a group. She organized her first group meeting in February 2018 – the women said Tehillim, gave tzedakah and said the names of those in need of shidduchim.

“Everyone said amen, we had dvar Torahs about bashert and stories of emunah. It was a delightful evening,” Lieder said. “A week later I got a call about an idea for a shidduch for one daughter and sure enough she got engaged.”

Toby said to a friend at the next simcha, “Let’s make another shidduch group meeting because look what happened – my daughter got engaged! I think there’s something to it.”

So a few months later Lieder arranged a second meeting and the women there did the same thing and wished each other good. A week later her son, who was only 21 and had been going out with a girl for a while, said he’s going to propose.

After that Lieder said, “This is working wonderfully, but I still need my older daughter to get engaged. So far the two younger ones did.”

So at the next simcha Lieder arranged a third group meeting, which took place two months later. She got women together, they said Tehillim, gave tzedakah, said amen for shidduchim.

Her daughter had been in New York and dating for four years, but nothing serious was happening. When her son had gotten engaged a few months earlier, a young man had come in to the kitchen during the vort. When she asked about him, she was told he was eight months younger than her daughter.

“I looked at him for 30 seconds and he left,” Lieder continued. “Two months later [after the third shidduch meeting] it’s 5 in the morning and I get woken by a jolt, as if there was a fire in the house. It popped into my head that the boy I saw two months ago was the one for my daughter!”

She got up and sent an email to a shadchan in Melbourne to see if the young man’s family was interested in her daughter. She had never asked a shadchan to call parents before doing her own research.

“I don’t know what got into me,” Lieder laughed. “I looked into him, made some calls and all the info was great. Turns out he lives around the corner from us.”

Lieder suggested that her daughter come home a few weeks before her son’s wedding in Melbourne to date him. Within two and a half weeks of dating, her daughter said, “Ma, I never met anyone who is exactly everything I am looking for!”

Soon they were engaged to be married.

“Everyone’s bashert is pre-determined,” Bergovoy explained at the event she held in March. “We daven and give tzedakah for everyone [in the group] every day and by candle lighting. We begin by learning from the Rebbe’s book [of letters on shidduchim]. We’re creating vision boards because we’re all here for someone who needs a shidduch. The vision of our upcoming simcha is constantly with us and takes form. Our thoughts create reality.”

At their first meeting, Elana’s group in Crown Heights wrote thank you cards to anyone who had given a shidduch suggestion for their child to show gratitude. They also spent time during the meetings mentioning the names of singles they know to help build a network. The women end the meeting with simcha dancing to bring palpable joy to the group.

Tamar Stone, a group leader in Crown Heights for several years, shared her belief that if mothers take on segulahs and support each other as a group Hashem rewards them for their achdus. “When I started looking it was very frightening and dehumanizing,” Stone said about the traditional shidduch process. “I felt rejected along the way, it was each man onto himself.”

When Stone started the group six years ago, she had previously trained in running support groups, so the first meetings the women vented about shidduchim struggles. In subsequent meetings, they read books written by the Lubavitcher Rebbe, then danced, shmoozed and blessed each other. They also helped make simchas for each other like Sheva Brochos or Shabbos Kallahs.

“We’re creating a sense of community and responsibility for each other,” Stone explained. As a natural part of the process, women sometimes mention names and set up members’ children and have made some marriages. “We don’t [officially] make shidduchim, but we make them happen. People have prejudices; many times parents have different ideals than their children, so we use the saying ‘get out of the way.’ Don’t worry what your husband says about the family; it’s the person you’re looking at. Daven that the right shaliach send the one. It’s important not to have long lists. You have to believe your bashert is waiting for you [or your child] and that it will happen. Be open to it.”

Stone has witnessed many miraculous stories, such as a woman from the group who called to say mazel tov upon her daughter’s engagement, unaware that on the very same day Stone’s daughter also got engaged – to this woman’s nephew. There was also a special needs couple that got engaged through the group’s efforts and about 57 engagements in a London community after the Brooklyn chapter made a trip to the Lubavitcher Rebbe’s Ohel in Queens and prayed for them.

Bergovoy started the international group, but had not yet moved to Crown Heights when Stone initiated her group. She had been emailing Bergovoy, but they had not yet met, and coincidentally were sitting near each other by a Shabbos gathering in Crown Heights. Bergovoy mentioned that she needed a home to make a Shabbos kallah for her daughter and Stone offered before she even knew it was Bergovoy.

When the day of the Shabbos kallah arrived, Bergovoy’s daughter blessed Stone’s daughter and she got engaged soon after.

“It’s about thinking of others, caring for each other, that’s really the work,” Stone said. “People who are traveling to Israel travel with lists to the Kotel and kever Rochel. We’re there to light each other up; it’s a lovely feeling to know people care.” 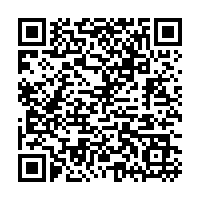