In February, Irwin Cohen’s Baseball Insider column featured a recollection by Victor Zalta, an 82-year-old Brooklyn resident, who met the legendary Hank Greenberg when Zalta was a youngster. With the new baseball season underway, The Jewish Press chatted with Zalta in his Flatbush home about some of his other memories.

Victor Zalta was a typical baseball fan in the 1940s. Like many of his friends in Brooklyn’s Syrian Jewish community, he loved the New York Yankees, and played ball from sunup to sundown. Unlike his friends, however, he lived most of the year in St. Petersburg, Fla. – home to the Yankees’ spring training facility.


“In those days in St. Petersburg,” he recalled, “there were no fences, no security, no barricades. You just walked on the field while they were training and talked to anybody you wanted.”

In 1946, Zalta decided to take advantage of his access. Armed with a camera and a willing friend, Zalta walked over to his baseball idols and asked them to pose alongside him for a photo.

Joe DiMaggio declined the request, but most other players readily obliged – including such baseball greats as Phil Rizzuto, Stan Musial, Bob Feller and Yogi Berra.

“It was really great meeting these players,” Zalta gushed.

He encountered them on the field, outside Miller Huggins Field, even in his father’s retail store. “When I was a little bit older,” he recalls, “a black man came into the store late at night, and I asked him, ‘What do you do?’ He said, ‘I’m trying to play baseball for the Yankees; I’m a rookie.’ I said, ‘Why don’t you go and sleep where all the ballplayers are?’ He said to me, ‘I’m black, they won’t let me in.’

Zalta also recalls meeting players in nightclubs where, he said, you had to watch out for the “rat pack” – Mickey Mantle, Billy Martin, Whitey Ford and Hank Bauer. “They would come in and take all the girls that guys had on dates.”

Asked if his parents minded his baseball obsession, Zalta said his parents were too busy to take much notice. “My father worked hard, my mother had to take care of eight children – they didn’t bother to think about what I did. That’s the way it was in the old days.”

Zalta’s parents immigrated to the United States in the 1920s before he was born, settling in Brooklyn. With the onset of the Great Depression, however, they moved to St. Petersburg for most of the year where his father was better able to earn a living.

“There weren’t many Jews in St. Petersburg in the 40s,” Zalta recalls. “I was one of the only Jewish guys in my school. It was awful. I’ll never forget the day when a couple of kids came over and asked me, ‘Where are your horns and tail?’ ”

Another time, Zalta remembers, “a kid started poking and hitting me. I said to him, ‘Why are you doing that?’ He said, ‘You’re a Jew, you’re no good.’ ”

Zalta was a skinny kid, but somehow he managed to beat his tormentor “to a pulp.” “Hashem came to me from nowhere and put muscles in my body that I never had,” he said.

All ended well, though. “He got up after that and put his arm around me,” Zalta said. “He wound up being a very good friend of mine.” 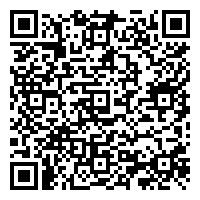