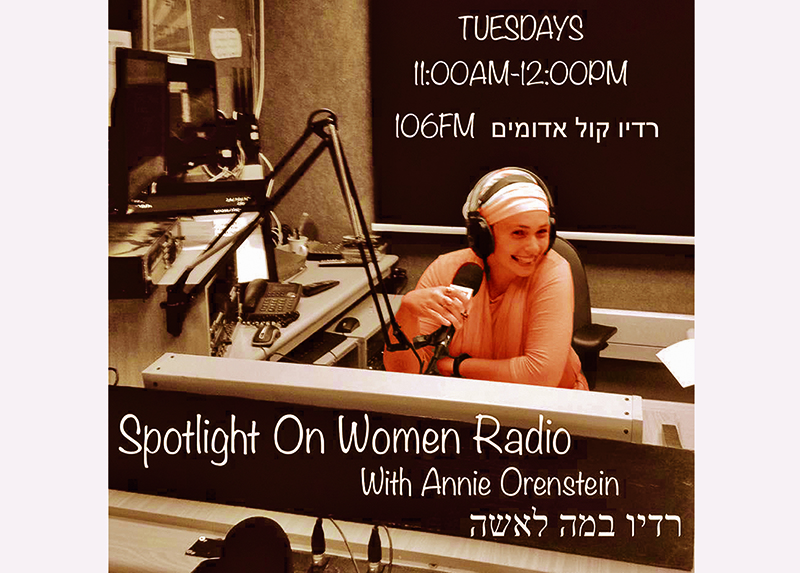 Over the last 10 years plus, women artists performing for women-only audiences out of adherence to kol isha, have been stepping into the spotlight and producing music they are passionate about. Now the challenge has evolved from being heard, to being seen and heard. Today, women performers are not only getting behind the microphones, they are getting in front of the cameras to produce their own music videos.

Franciska grew up in Moscow as the chief Rabbi’s daughter, and now lives in Philadelphia. She was trained in the arts from a very young age. Over the last 6 years, Franciska released 5 solo albums of original music, created 12 music videos, and has transitioned into producing and recording for herself and others. As she notes, “Music is not enough, and people need visuals to connect.”


Making music videos creates true vulnerability for a Torah observant woman artist and can be interpreted as pushing the envelope, especially when there are collaborations with women not like you.

“I do believe that creating music videos has been born less out of the need to push boundaries or make a statement, and more out of the fact that women artists have become, over the last decade, more committed to their music, and want to see it reach the hearts of other women all around the world.”

Franciska is not the only one “pushing boundaries.” or taking the next natural step in her music career. Ricka Razel, Ruchama Ben Yosef, Tziona Achishena, Shaindel Antelis, and Ariella Zeitlin, to name a few, have taken their music to the next level of creative expression… the daring, vulnerable and somewhat expensive, music video.

While creating a music video can come with a lot of blood, sweat and tears, it doesn’t stop Franciska from planning the next music video, as they get more attraction and are what ultimately put her on the map.

The hardest thing about making a video is the need to always be doing something creative and different. “What can I do next?” is always the question. As she says, “There is pressure in a sense to make things new and creative so that it will grab people’s attention.”

Performing in the kol isha space exclusively has brought with it many challenges. It also introduced her to other Orthodox professional female artists dealing with the same issues. In November 2017, she started the Franciska Podcast as a medium to document the beautiful and sometimes painful stories of fellow Jewish women in the arts and entertainment world. The show is about women who pursue their calling and passion despite the impractical lifestyle it comes with, who choose to sacrifice to bring beauty to the world through their art forms. “I don’t view any other Jewish woman in the arts as a competitor,” she explains.

One of the most wonderful and exciting experiences Franciska had was when she filmed a music video for her song Shiru Le’Hashem under the direction of Leah Gottfried, an award winning director, writer, producer and actor, and founder of Dignity Entertainment.

In the Hine Lo Yanum music video collaboration with Ariella Zeitlin, musician/violinist from Beit Shemesh, Franciska relates, “I loved that we made it ourselves. It was the only one I did in Israel. It has the kedusha of the land, and is both simple and real. It was a great collaboration.

Ariella Zeitlin, Violinist/Singer/Songwriter is “a classical crossover violinist. That means I have a masters degree in Violin Performance. When I finished my degree, I realized that I just wanted to make people happy. When I started to approach different musicians in Israel to see who was interested in working with me, I was surprised to find that being a Shabbat observant Jew meant no one wanted to. That is when I started to make videos and build an online community of my own.

“My best video until now has been Incandescence. For me, that specific video was therapy about being a Jewish woman struggling to have a way to express myself. Since then, I have made it my life mission to bring people joy with my music and have produced around 30 videos.

“What I feel lucky about is that I have built a small community of support through my Patreon fans. Despite the fact that it’s a new platform and many people are unfamiliar with it, many people continue to sponsor my music there. This helps me create my videos and join hands in my mission to empower Jewish women via music.”

Ariella is working on releasing her first album with 8 original tracks very soon.

Shaindel Antelis, a singer/songwriter from NY has released four albums and five music videos. She shares: “The one that has the most views was also my favorite one to film, The Palace. I wanted to have a video that took place in a palace and showed that Jewish girls are royalty and not only beautiful on the outside, but on the inside as well. Leah Gottfried is fabulous at getting the most professional staff together and she herself is an amazing actress and director!

“I believe my video with the strongest message is Invisible. It touches upon the bullying that can go on in school (and even workplaces). It was a very personal message for me to share and many girls have told me that it helped them with the pain and bullying that they went through. Even though Jewish schools have less bullying than other schools, it is unfortunately still a problem.”

Kaley Halperin, Singer/Songwriter from Yafo relates, “Tashlich is my first single from my first album produced by Itamar Asaf Tal. His wife Oshrat Meirovitch-Tal was in charge of the music video. The whole process was very connected by both the visual and sound. The music video itself has 3 layers: land, underwater, and animation. It lets the viewer and listener go through a process of feeling burdened by their thoughts all the way through the shedding of self-doubt and being freed by self-acceptance. Shooting the video taught me a lot about releasing, experiencing, and prayer.”

Finally, we have Tziona Achishena, Singer/Songwriter/Producer from Zefat. “For a long time, I would hide my image away, thinking that was holier. As a religious woman, I felt that I was walking a tight line between wanting to share my creativity and music with the world and keeping to Jewish concepts of modesty. I have made some videos in the past, but I had kept them unlisted on YouTube, and basically you had to have the link to find them. It was like taking two steps forward and one step back.

“Still, something inside of me has kept driving me forward, creating and performing no matter what. I can’t deny that singing is an incredibly intimate act. It’s the time I feel most close to Hashem, most close to being who I was born to be. And there is a certain way singing for and with women feels safe to be vulnerable in that way. There is a freedom in that.

“Recently, I had a deep and beautiful conversation with a great rabbi who told me that I was obligated to sing, and to share it freely. He said that the music of this generation would bring back prophecy! So, yes, this story is about me, my redemption, the return of my freedom, my playfulness and spontaneity, my simple joy in singing and feeling free.

“I was privileged to work with Shira Lankin Sheps on my cover video of Try Everything. That was actually recorded live, meaning we were actually singing and playing and we had an audio technician recording live. That was not an easy thing to do! It was super early on a cold morning in Gan Sacher, and we were freezing. The drummer, Hadar, her baby was asleep in her stroller, and we were hoping she would stay asleep through several takes of the song. Ultimately, it really shows us as we are: three religious women who love making music together. We picked Try Everything cause it’s such a great song with an uplifting message, and we did our own arrangement with ukulele, djembe, and voice.

“I also think there is a real and clear difference between the intimacy of watching me sing, totally swept away in the divine experience of this voice passing through me, dressed in modest clothes, and the kind of extreme immodesty that is shown in a lot of secular music videos. We have to be able to see the differences and it’s actually important, in my opinion, to have positive images of Jewish religious women circulating, because role models are needed, and we have something special to bring to the world!”

On her most recent music video for her song I Have Everything I Need Right Now, Tziona shares, “I decided to give it my all, and a lot of supporters donated to help me make the latest music video. The response has been really heartening. It’s the simplicity that works for me, nothing too fancy, but great camera work and the beauty of nature really comes through. I worked with an amazing filmmaker from Tel Aviv, Benjamin Lidsky, and it was his inspiration to bring the dancer, Shahaf, who is dancing on a beach in Tel Aviv, while I am singing up at the Metzuda in Tzfat.

“I love the juxtaposition of opposites: man/woman, dancer/singer, religious/not religious, forest/beach, that reveal, in the end, what is common between us. We both go through this process of opening: to God’s creation, to ourselves, to our art, to our inner joy. So we are both having this kind of intimate, spiritual experience in nature, though we never actually meet. And I really believe that it’s time, especially as Jewish people, but also all people, to stop focusing on all the ways we are different from one another – religious, secular, men, women, American, Israeli – and to focus on our common ground.”

There are lots of artists with incredible music and inspiring music videos… go search them out and show them to your daughters. Be inspired, and you will inspire others! 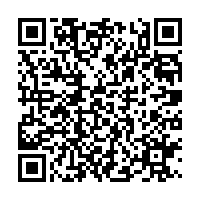