Michael Widlanski grew up on the West Side of Manhattan. He went to Ramaz Yeshiva and then Columbia University, writing for both school newspapers, before landing a job at The New York Times. He also studied Arabic in college, traveling to Cairo to master the language – and learning to chant the Koran while he was at it. Partly motivating him was his desire, as a ba’al keriah, to learn how to properly pronounce the Hebrew letters ayin and chet. “The Arabs do it better,” he said.

Presently, Widlanski is a professor at Bar-Ilan University after having taught Middle East politics and communications at Hebrew University for 20 years. Last month, he published his first book, Battle for Our Minds: Western Elites and the Terror Threat.

The Jewish Press: What motivated you to write this book?

Widlanski: I’ve been dealing with the Middle East and terror for more than 30 years, and I was seeing over and over again that academics, media and government intelligence had basically switched sides. They had consciously or unconsciously become one with the terrorists in many respects. I thought it was very important to unmask these people who are supposed to be our best and brightest, but who, in many respects, have become our worst and dimmest.

What would you say are your book’s most important revelations?

The first revelation has to do with academia and government intelligence. Basically, the study of what we call the Arab or Islamic world in American universities was very strongly subverted by an anti-American and anti-Israeli agenda, beginning in the late 1970s, with Edward Said and Noam Chomsky becoming the two most important voices on campus.

As a result, we got two generations of elites – people who went on to become our diplomats and national security officials – who were often ignorant, who couldn’t read or write Arabic or Farsi, didn’t know the difference between Hamas and hummus, and had been educated to believe that jihad was only a spiritual journey and that criticizing anybody who’s Muslim is a sign of a hate crime.

The second revelation is that the people at the very top of America’s intelligence establishment became absolute idiots and incompetents. For example, the person who was the Bin Laden headhunter at the CIA, Michael Sheuer, was an admirer of Bin Laden who never studied a word of Arabic in his life and had never been a field agent in his life. Paul Pillar, the top CIA Mideast desk officer, has to this day been saying we can deal with the Iranians and the regime of Bashar Assad. The guy’s been wrong on almost every single one of his assessments going back 20 years, but presidents and congressmen are relying on these people to protect America.

How did such incompetents land the CIA’s top jobs?

It goes back to Richard Nixon who basically subverted the CIA when he used people from the CIA in the Watergate break-in. That caused a backlash which basically led to the castration of the American intelligence system.

Since that period, the mid-1970s, the American intelligence system has been overrun by oversight – in both senses of the term: oversight in that people from Congress are looking over their shoulders checking for lint around the collar every five minutes, and “oversight” in that they miss facts. They miss them because the people who get the top jobs are politically correct and know how to flow with congressional committees but generally don’t know anything about spying or analyzing data.

But don’t people realize that all this political correctness may cost American lives?

Well, look today in the headlines. We see people going after the New York City Police Department for examining Muslims too closely. Thank God they’re looking at these people! Had they been doing their job in 1990, 1993, and 2001, they could’ve possibly prevented some of the worst disasters.

The man who killed Meir Kahane in 1990 was a member of the same terror cell that eventually carried out the 1993 World Trade Center attack. That attack would’ve been even worse than the one in 2001 except for a miracle – the bomb went off a little too far away from the main support pillar in the World Trade Center. Otherwise, God forbid, both buildings would’ve come tumbling down, and 50,000 people would’ve lost their lives within a matter of minutes.

And when this guy was caught in 1990, they found boxes of information in his house in Arabic, surveillance photos of the Brooklyn Bridge, other monuments, and things from inside the Pentagon, but they didn’t look at it. They said he’s a lone bomber who hates Kahane, and Kahane was a troublemaker anyway. So let’s close it all up.

So today, when the NYPD is doing its job, all of a sudden you have people from The New York Times, the Associated Press, 34 members of Congress, and the governor of New Jersey criticizing it for overstepping its bounds. They’re full of baloney. 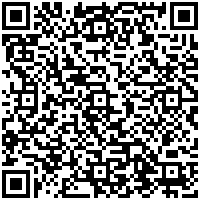