New York State Assemblyman Dov Hikind (D-Brooklyn) is no stranger to readers of The Jewish Press. He’s served our community and the Jewish people for decades, proving time and again that victories are often hard won but persistence pays off.

The Jewish Press recently spoke with Hikind about his trip to Israel this past summer during the Gaza war, his incessant focus on Jewish unity, and legislative developments in Albany of particular interest to the Jewish community.

The Jewish Press: You were the first public official to go to Israel during the Gaza war. Had you been planning to visit?

Hikind: I made plans to go to Ashdod as soon as the missiles began falling on the Jewish community there. It’s important to give chizuk to fellow Jews whether they are in Brooklyn or Israel. Part of giving chizuk is just being there to share what people are going through.

What was your itinerary?

I visited an army base, a hospital, and met with leaders of communities that were under attack. It wasn’t part of my itinerary but I also spent some time in bomb shelters. I saw the damage to people’s lives – to their property, their sense of well being – and I was able to share their pain. It was a very meaningful trip.

You speak often of the need for unity – achdus – among Jews. To what do you attribute your overriding concern with Jewish unity? Where did you get your own sense of achdus?

From my parents, a”h. They were both Holocaust survivors and very happy to help others and share from the little that they had. My father sold fruits and vegetables in Williamsburg and Crown Heights, and if people didn’t have money, they could still get their produce from him.

On Shabbos mornings my mother would walk from Crown Heights on Nostrand Avenue all the way to the hospital where there were people who couldn’t feed themselves. There was never a large enough staff on the weekends so she went and physically fed people who couldn’t raise a spoon. I would go with her sometimes. When you grow up in a home where your parents went through what my parents went through, you realize that life has to be meaningful. You have to be there for other people.

How did you become an activist?

I wanted to help the Jewish poor and I also became very conscious of Soviet Jewry. Regarding Soviet Jews, I remember people in the 1970s asking me, “Do you really think you can make a difference?” “Of course!” I would say. The answer is Hashem runs the world, but we have to do our part.

Turning to politics, almost every profile written about you over the years has described you as a prominent Democrat who frequently crosses party lines.

I back candidates who are good for our community and we see the results. Just one example was the $1 million funding for our community’s security cameras. We now have 320 cameras blanketing our community in addition to the cameras I had put into the subways here years ago. These cameras are a powerful tool for the NYPD to use in a situation when cameras are needed. That came from a Republican, not a Democrat.

What were some of the highlights of the last legislative session?

First, parents with kids who receive Special Education services will no longer have to reapply each year once they’re approved. The delays on receiving the money were cut down dramatically, too. This was something my colleagues and I worked on for many years and it was finally resolved this past year. These are significant milestones for these families. 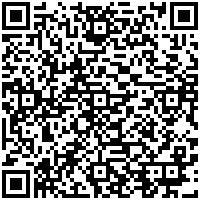