Days after the Iran nuclear agreement was announced in Vienna, Secretary of State John Kerry gave interviews to five Sunday talk shows, but none of them asked him about a puzzling inclusion in the deal of a reference to helping Iran defend its nuclear facilities against “sabotage.”

The provision, contained in one of five annexes to the Joint Comprehensive Plan of Action (JCPOA), troubled critics shortly after the deal was finalized, and it began generating more controversy at the weekend, when an Israeli government minister drew attention to it on his Twitter feed.

He was pointing to a section on “nuclear security” in annex three of the JCPOA, which says the U.S. and other negotiating partners are “prepared to cooperate with Iran on the implementation of nuclear security guidelines and best practices.”

It adds that this may include “[c]o-operation through training and workshops to strengthen Iran’s ability to protect against, and respond to nuclear security threats, including sabotage, as well as to enable effective and sustainable nuclear security and physical protection systems.”

The issue has begun to make headlines in the U.S. and in Israel, where Israel Hayom’s lead story declared: “The West will help Iran to protect against nuclear sabotage.”

“Even the biggest supporters of the deal will have difficulty explaining when they read section 10 that appears on page 142 of the agreement,” the report noted. “Powers, according to the section, are ready to help Iran defend against possible sabotage of its nuclear program.”

Annex 3 deals with “civil nuclear cooperation,” but the Israel Hayom article pointed out that the Iranians claim their entire nuclear program is civilian.

Clandestine efforts to sabotage and set back an Iranian program – widely believed to be a cover for the development of a nuclear weapons capability – have included cyberwarfare, notably the deployment of the Stuxnet virus that targeted nuclear facilities in 2010, as well as the assassination, allegedly by Israeli agents, of nuclear scientists.

And last October, a large explosion occurred at Parchin, a military complex southeast of Tehran where Iran is suspected to have carried out nuclear-related tests. (Iranian officials said it was an accident, and unrelated to the nuclear program.)

As noted above, on Friday Kerry recorded interviews for NBC’s “Meet the Press,” CBS’s “Face the Nation,” ABC’s “This Week,” CNN’s “State of the Union,” and “Fox News Sunday.” None of the interviewers asked him about the “sabotage” provision.

Kerry earlier had interviews on the Iran deal with other U.S. network programs as well as other media organizations, including MSNBC, PBS and the BBC. The sabotage clause issue was not brought up.

Sen. Tom Cotton (R-Ark.), however, did raise concerns about the issue during an interview with CNN’s Wolf Blitzer.

Cotton expressed optimism that Congress would reject the JCPOA, saying that “as the details come to light it’s not going to get better with time.”

“We also know that the United States has committed to helping protect Iran’s nuclear facilities from sabotage,” he added.

“What in the world could that possibly be, except trying to…stop us, and stop our partners, from undermining Iran’s race toward a nuclear weapon?”

The Center for Security Policy’s “IranTruth” project also highlighted the sabotage clause last week, saying “it would appear that it commits us to help Iran develop capacities to prevent things like the STUXNET worm that delayed its nuclear program’s advances through cybernetic sabotage.” 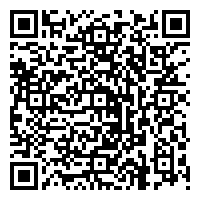