The nationalist camp grows to 76 seats according to a poll conducted by Professor Avi Degani, President of the Geocartography group, on February 17, 2012. Prime Minister Netanyahu’s Likud jumps to a term-high 39 seats, surpassing his previous high of 38 in early January. Foreign Minister Liberman’s Yisrael Beitenu finishes second with 13 seats, a drop of two from their current position and a seat above their term-low 12. Opposition Leader Livni’s Kadima, which is in the middle of a primary battle, drops to 12 seats, a loss of more than half of their current seats. Labor captures 12 seats as well, and Shas rounds out the top five parties with nine seats. Former journalist Yair Lapid’s party drops to six seats, its lowest showing since September. If the National Union and Jewish Home would merge before elections, the poll places them as the fifth largest party with ten seats. According to the poll, Netanyahu could form a coalition of 62 seats with Liberman, National Union and Jewish Home without the need for any ultra-orthodox or center-left parties.

If elections were held today who would you vote for? 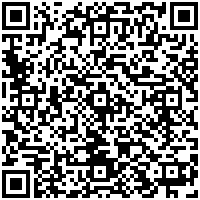