It was refreshing to read Adam Abrams’s Oct. 6 article about the new film “Wish You Weren’t Here,” which exposes the anti-Israel history of Roger Waters, who uses his Pink Floyd rocker platform to bash Israel.

Americans for a Safe Israel/AFSI has joined with other groups to protest Waters’s various appearances in the New York area. On Sunday, September 10, we stood outside the Broadway theater where Michael Moore had invited Rogers to be a surprise guest on his (Moore’s) show. As Rogers arrived at the theater, he was met by our signs and Israeli and American flags. He ducked inside quickly to avoid us.

On Monday and Tuesday nights, September 11 and 12, Waters was appearing at Barclays Center in Brooklyn. Again, we were there with signs, flags, and balloons.

We handed out fact sheets about Waters, detailing his anti-Israel, pro-BDS actions against Israel. Many of the 20,000 attendees who showed up each night were unaware of his hate-filled anti-Semitism. One Jewish family from Canada was so dismayed to learn the facts about Waters that they were ready to tear up their tickets. I told them to go to the concert but to be prepared to stand up for Israel if Waters’s hatred was on display.

Photos of AFSI at these protests can be found on the afsi.org website. Readers are invited to join us at future protests, which include an Oct. 18 rally at the Center for Jewish History. Along with JCC Watch, we call for the firing of David Myers, the CEO and president of the center. Information about his disgraceful anti-Israel statements also can be found on the afsi.org website. We invite Jewish Press readers to join us on Oct. 18.

Looks like President Trump was right with his comment that the NFL players
kneeling during our national anthem disrespect our country. The players countered that it was not disrespect but merely bringing attention to social inequality.

The phenomenon of NFL players kneeling during the American national anthem seems to be nothing but a show of contempt for our country.

In September 2015 I contracted Whooping Cough despite having been immunized. About two months later I submitted a PSA to The Jewish Press outlining my experience in the hopes I could convince parents who refuse to immunize their children that they were not only putting their own children at risk but countless other people as well.

More than two years later my immune system continues to be compromised. Most upsetting to me, my appetite has dwindled. I can eat very few foods because my gut is adversely affected.

When I feel able to go out and greet people I’ve known for years, many do not recognize me because I’ve lost a considerable amount of weight. The exclamations of pleasure at seeing “how well” I look become expressions of concern when I explain the reason for my weight loss.

As a parent and grandparent, I do all in my power to protect my family from any documented dangers. The British doctor who preached that immunizations cause autism has been stripped of his medical license. Yet this is cold comfort to me as I continue to suffer – an innocent victim of the misguided decisions of others who continue to accept fraudulent information concerning vaccinations.

I make it a practice to try to find something positive even in the most distressful situations. So I hope that all who read this letter will, if they haven’t yet done so, see to it that they and their family members are immunized against various diseases, including Whooping Cough.

The Real Threat Is On The Hard Left

Dueling letters have replaced banjos for reader Reuven Solomon and me. His Oct. 6 letter listed some of his reproaches to left-wing anti-Semitism in 1972 and 1973. He also mentioned his criticism of Jimmy Carter.

Mr. Solomon accuses me of “throwing around labels” such as “communists” and

“anarchists.” He cites the sale (he referred to it as “giving”) of Czech arms to the fledgling Israeli state as an example of good, caring communists. No mention of Stalin’s ferocious anti-Semitism. His defense of anarchists hearkens back to the 1930’s, when they allied with the liberal Spanish forces in opposition to the fascist Generalissimo Franco.

I would respectfully remind Mr. Solomon that we are living in different times. Simply put, there are no “good guy” anarchists. None. They can be seen on the evening news committing arson, destroying property, and assaulting police officers. Their presence in cities like Charlottesville, along with determined, organized communists, is indisputable.

Battling neo-Nazis, Klansmen, and white supremacists earns them not a bit of praise from me. As I’ve previously stated, a pox on both their houses. No white hats on either side.

Let’s look, without preconceived notions, at the typical KKK, white supremacist, and neo-Nazi “rally”: pathetically small in number, overflowing with moronic bombast. And what are the results? New sign-ups? Eager recruits? Increased numbers? None of the above. White Christian Americans overwhelmingly reject and ridicule them.

So where is the danger, the terror, that Mr. Solomon and other liberals say they see so clearly? I still maintain there is an element of “looking under beds” when liberals declare that the nation is about to be overrun by ultra-right-wing hatemongers.

Mr. Solomon, in my opinion, pooh-poohs the angry, vicious, mean-spirited destructive left. Not an iota of reproach, excoriation, or condemnation. Black Lives Matter thugs chant “What do we want? Dead cops.” Why should such hateful militants get a free pass because of past injustices committed against black Americans? Can any fair-minded American state that institutional racism still exists in the U.S.?

To withhold blame, be it in Charlottesville, Ferguson, St. Louis, or elsewhere from leftist criminals isn’t Jewish justice or balanced judgment, just age-old Jewish liberalism and ultra-liberalism blinded to reality.

Attempts to hang the albatross of “racism” and “white supremacy” around the neck of President Trump is but the most recent disgusting example of the left’s attempt to bring down a leader it despises. Aided by a compliant liberal media, the daily farce continues. Trump says “Good morning” and MSNBC and CNN talking heads interpret it as a mortal threat to our freedoms. Am I being silly? Perhaps. But I’m not far from the truth.

Some of us are terrified by neo-Nazis, white supremacists, and the KKK. Fine, but I’m also terrified by Jewish liberalism – especially as it relates to the “What, me worry?” attitude of Jewish liberals to the mobs of leftist terrorists who gather in our city centers and on our college campuses. As long as liberals withhold their condemnation from the likes of Black Lives Matter, antifa, Linda Sarsour, etc., they lose the moral, patriotic, and sensible high ground. 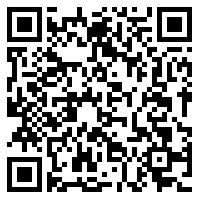