How difficult it was to observed Simchat Torah while living under the oppressive Soviet rule!
One century has passed since the November Russian revolution of 1917, a colossal disaster, which replaced oppression under the Czar with that of the brutal communists following a brief interlude of socialist – democratic rule in the aftermath of the March Revolution of 1917.

On November 12, 1928, one episode reported briefly in the Anglo Jewish media said much about this dark era. The names of the victims were reported as Cohn and Freed. Yet the two like so many of their Soviet Jewish brethren had a profound impact upon future generations.


In the Russian village of Dukar, Cohn and Freed who also members of the communist party, most probably for employment reasons, not uncommon at the times, had committed what was deemed by the authorities as a crime. They were discovered attending Synagogue on Simchat Torah. To add to that infraction, they both had accepted the honor of publicly reciting passages from Ata Hareita prayer which precedes the bringing out of Torah scrolls from the Ark for the hakafot celebrations. For the two, regardless of who ruled in Russia, it was Simchat Torah, therefore, a time to come to Synagogue, and celebrate being Jewish, proclaim the Almighty’s eternality, and paid homage to His special gift to the Jews; the Torah. In the synagogue, they were also spotted by fanatic loyalists of the Jewish wing of the Communist party, the Yevsektzia. They were made up of renegade Jews, although a small minority, who persecuted other Jews, in their self-hating obsession to tear down Judaism and also ingratiate themselves to the Soviet communists by proving that they could be even more zealously anti-religious. An inquisition like atmosphere was created, scrutinizing the every moves of fellow Jews, spying on them, leveling accusations against those observing Jewish practices while communities struggled against adversity to hold on to their Jewish traditions. In the words of the prophet Isaiah, ”Those who destroy you and those who lay you waste shall go forth from you.” (Isaiah 49:17)

The Jewish holidays which showcased Jewish life and were central to the Jewish lifecycle were often a showdown between defiant communities and regime backed Yevsektzia.

Their ‘crime’ was reported. As members of the communist party, they were in violation. Now, the two would face Soviet justice and pay for their defiance.

But the two Jews were not alone. In the nearby town of Shazk, the entire komosol, communist youth organization, would face similar charges, since over the Jewish holidays many had chosen to be with their families, observing the holidays.

For several years some Jewish leaders and Rabbis worldwide had warned that Soviet Jewry faced grave dangers. On a regular basis, Yeshivot, Synagogues, and Jewish institutions were closed by the government at the behest of the Yevsekztia, those found maintaining Jewish observances were persecuted, and holiday observances were prevented. But despite all, even members of the communist party, like Cohn and Freed would resist and on Simchat Torah, they raised their voices in prayer before the community risking all. If they too, would not abandon their Torah, the Soviets were indeed facing an implacable force.
In 1930, the Yevsektzia was disbanded by the regime, now the government itself would fully manage Jewish affairs. The Soviet war against Yiddishkeit would not end.

Today, we can look back and appreciate celebrating the holiday today while realizing the sacrifices of the past were not forgotten or in vain.

Netanyahu: ‘We Simply Have to Act’ on a Lockdown 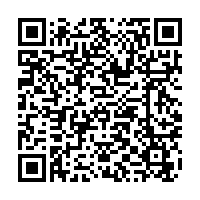