As Jews, we often stand angry and bewildered in the face of antisemitic lies, asking, “How can anyone possibly believe that about us?!” Today’s article by Alan Friedlander (Orthodox Jews Should Not March alongside the LGBT Sunday) leaves me with precisely such disbelief and sadness.


Alan Friedlander claims that LGBT Jews are pushing a sinister “hidden agenda” by marching in the Celebrate Israel Parade on June 2. As the largest pro-Israel event in the world, this parade draws massive crowds from every segment of the Jewish community—yet Friedlander thinks LGBT Jews have enrolled solely in “a brazen attempt to force Orthodox Jews to accept their way of life.” Accordingly, he calls on Orthodox Jews to boycott and/or protest the entire event.

First of all: how self-centered! LGBT Jews are marching to support Israel, not to push our “agenda” on the Orthodox community. Mr. Friedlander, our lives are not about you. We do not spend our time plotting against halachic law and those who adhere to it—which, by the way, includes many frum gay Jews. We spend our time going to synagogue, driving our kids to school, walking the dog, and cooking Shabbat dinner. When we do advocate for LGBT concerns, our “sinister agenda” involves protecting ourselves from violence, emotional abuse, and discrimination, so we can go about our lives in peace.

Second, this parade has always seen Orthodox Jews march alongside nonobservant Jews who eat pork (also toevah) and who are not shomrei Shabbat (punishable by death). Like these thousands of other Jews, LGBT groups have joined the Celebrate Israel Parade to place their voices and bodies on the line in the global struggle to protect the Jewish State. If the Orthodox can march alongside pork-eating Jews, then animosity toward LGBT Jews can only stem from prejudice, not halachic duty.

In fact, more than 100 prominent Orthodox rabbis and educators have issued a statement condemning antigay behavior as the very antithesis of halakhic values. Published in 2010, the “Statement of Principles on the Place of Jews with a Homosexual Orientation in Our Community” affirms that “embarrassing, harassing or demeaning someone with a homosexual orientation or same-sex attraction is a violation of Torah prohibitions that embody the deepest values of Judaism.” Mr. Friedlander engages precisely in demeaning and harassing LGBT Jews when he portrays us as sinister conspirators and calls on the Orthodox community to protest our participation in Celebrate Israel Day.

Further, Mr. Friedlander’s accusations and his call for harassment oddly echo antisemitic conspiracy theories. Even as Jews seek to go about our lives in peace, others have always accused us of sinister plots to corrupt or control the broader society. Precisely the same accusations commonly fall on the LGBT community. Every Jew who has encountered such ignorance shares a personal insight with the struggle of LGBT people—and I call on you to use that insight to critically examine all statements made against us.

Looking beyond Celebrate Israel Day, Mr. Friedlander’s slander illustrates the hostility and misunderstanding about LGBT people that still reign in some corners of the Jewish world. However, many Orthodox Jews, like much of the world in general, are awakening to the reality that gay people exist in all communities—realizing that they already know and love many gay people, and that these gay people are good and loving friends, teachers, parents, and Jews. Many are coming to understand that homophobia, like antisemitism, is a destructive force fueled only by ignorance, and that it has no place in our holy community. 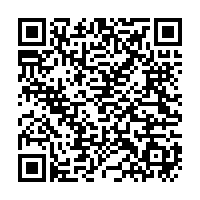