Home InDepth Letters To The Editor Letters To The Editor
Share on Facebook
Tweet on Twitter
U.S. Jews’ Priorities
Hillel Halkin’s May 13 op-ed (“The Bush Conundrum”) was the best defense of President Bush I’ve read anywhere. The only problem is that Mr. Halkin assumes that your typical liberal American Jew has Israel at the center of his or her priorities, and nothing could be less true.
Ask a sampling of Jewish women living in Manhattan or Boston or Berkeley if the survival of Israel is more important to them than the availability of quick, easy and legal abortion. Ask a random selection of Jewish students on any university campus if a strong and secure Israel is dearer to them than the absolutist secular agenda pursued the ACLU/People for the American Way/Democratic Party axis.

The majority of American Jews long ago threw out any semblance of meaningful Judaism and took as their religion the doctrines of hyper-liberalism. That’s why when I hear someone joking that Jews are such ardent Democrats that most would vote for a Jesse Jackson or an Al Sharpton for president against a conservative Republican (especially a religious conservative Republican), I don’t laugh. Because I know they really would.
Steven Bachman
New York, NY 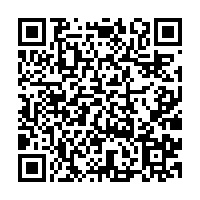