Thank you to Nathan Lewin for the work he is doing to support and defend AgriProcessors (“Hatchet Job on Kosher Meat Company,” front-page essay, June 9). It is unfortunate that Jewish media are all too willing to jump on the bandwagon of kosher-bashing. The sentiments of the Forward have been echoed in other Jewish media outlets, such as the Jewish Journal here in Los Angeles.
It’s reasonable enough to be skeptical of claims made by those with a vested interest, but why are Jewish journalists giving a greater benefit of the doubt to PETA than to the companies that provide kosher meat and the rabbis who supervise them? The negative repercussions of such criticism in both the Jewish and non-Jewish world are self-evident.
As Mr. Lewin deftly summarized, these “journalists” are guided not by Jewish law and ethics but by of the standards of Whole Foods and PETA. The laws of kashrut are not some feel-good tenets that we can mold and shape to suit our moral sensitivities, or politicize in the name of this or that cause. PETA insists that “meat is murder” and has compared factory-farming chickens to the mass murder of Jews in the Shoah. Any shechita is going to be deemed “unkosher” in PETA’s eyes.

The Forward’s reporting on AgriProcessors represents neither the first nor the last criticism of a Jew by a fellow Jew. It is, however, yet another example of a troubling trend in Jewish media – a trend of increasingly wanton disregard for Torah values and ethics.

If Jewish media outlets cannot resist the burning desire to attack, I would hope they would at least invest more energy in presenting a balanced view.

I am an avid reader of Jewish newspapers and have a particular interest in how various publications report on the same event. One of my more amusing experiences occurred just last week as I tried to follow the latest developments in the ongoing controversy over the Israeli Chief Rabbinate’s tightening of standards on conversions.
In the Jerusalem Post I read that the Rabbinical Council of America and the Chief Rabbinate had entered into an agreement to settle a controversy over the validity of RCA conversion practices. According to the Post’s account of the agreement, an account you carried in The Jewish Press, the RCA accepted monitoring by the Chief Rabbinate of who among the RCA’s member rabbis would be acceptable to the Chief Rabbinate when it comes to performing conversions. The Post actually said the RCA “caved” on this key issue.
In Haaretz and The Jewish Press I read a statement from an official of the Chief Rabbinate who said that the chief rabbis would be looking into past RCA-approved conversions in order to ascertain their validity.
Yet The New York Jewish Week carried a story, headlined “U.S. Rabbis Stand Up to Chief Rabbinate,” which presented to its readers, in everything from the article’s title, subtitle, and a slew of comments from RCA officials, the picture of a “commitment from the [Chief] Rabbinate to automatically recognize all past, current and future conversions approved by the RCA and the Beit Din of America (BDA).”
Does the RCA have editorial input into what appears in The Jewish Week? Or is everybody else wrong and The Jewish Week right?

I was intrigued by Rabbi Pinchas Rosenthal’s response to his critics (Letters, June 16) in which he said he was gratified by the reaction to his op-ed column (“Shortchanging Our Children By Teaching Midrashim Literally,” June 2) “since my intention has been to stimulate thought and discussion.”
I was left wondering exactly whom it is he wishes to dialogue with. Surely the great Torah scholars of our day who should make these decisions have already thought this issue through. The fact that they obviously don’t agree with Rabbi Rosenthal is reason enough for me to ignore his brand of chinuch.

The negative comments you published last week in response to Rabbi Rosenthal’s op-ed failed to address the cogent points the rabbi made in his plea that schools stop teaching midrashim literally. One can argue about the meaning of a particular word in one specific instance or another, but it’s clear from the vast body of rabbinic literature, including the work of Rambam and other Sephardic sages often overlooked by European-oriented rabbis, that midrashim as a whole were never meant to be automatically accepted as literal truth but rather as morality tales, homilies, etc.

Umbrage At One Woman’s Parade Boycott

It’s too bad Sara Lehmann (“Why I Boycotted the Israel Day Parade,” op-ed, June 9) didn’t come to her senses in time for her to attend the Israel Day Parade.
Ms. Lehmann is not alone in her feelings. Many of us are upset and feeling rather desperate about the situation today in Israel with a government that seems bent on committing national suicide. However, most of us (hopefully) realize that the existence of the State of Israel is a miracle and a gift given to us by Hashem and that it is incumbent on us to show pride in its existence. Numbers count, and the world takes note of who cares about Israel. In fact, if we Orthodox Jews would come out in far greater numbers, we might even have more of a say in Israeli politics, at least to whatever extent that’s possible from here.
I couldn’t help but contrast Ms. Lehmann’s attitude with the showing at the Puerto Rican Day Parade a week after the Israel Day Parade. Spectators and marchers numbered above a million, according to all reports. If we cared enough, we could have surpassed that number at our parade.

Salute The State, Not A Government

Orthodox American Jews who abandon their Zionism because of the policies of the Israeli government are essentially handing the fate of the Holy Land to secularists without a fight. Last year, many orange-clad Jews marched proudly in the Salute to Israel Parade, showing the world where they stood with regard to Israel. Sadly, this year some of them chose to stay home.
It must be easy telling Ehud Olmert how to conduct public policy from the comfort of Brooklyn. After all, Olmert could never expel Jews from the settlements of Flatbush, Midwood, and Crown Heights!
When Rabbi Kahane was thrown out of the Knesset, did he abandon Zionism? When the residents of Gush Katif were expelled from their homes, did they abandon Israel? It took Menachem Begin nearly 30 years of being a minority politician before he finally was elected prime minister, but he never abandoned the Hatikva or the Israeli flag.
Rather than abandon Zionism, the Orthodox community needs to endure this test of faith and continue to work in partnership with Hashem and our fellow Jews in rebuilding our historic homeland.

Only Way To Make A Difference

I made aliyah 25 years ago and I strongly disagree with Ms. Lehmann’s sentiments. Yes, thousands of Jews were forced to leave Gaza last year. But if there had been a million Jews there – even a quarter of a million – there would have been no disengagement. Simply put, if we don’t use it, we lose it. There is no way that Israel could have kept investing the military and financial resources needed to secure the safety of a few thousand Jews living in a sea of more than one million Arabs.
Instead of sitting in Brooklyn and criticizing Israel and ranting to your children, Ms. Lehmann, pack your bags as thousands of us have done and move to Israel. The quality of life and kedusha here are far superior to what you have in Brooklyn. And you do make a difference. Every Jew who comes to live here makes a difference.

Accountability and oversight are crucial concerns. Although most yeshivas are governed by a board, I am constantly amazed by what is allowed to take place in terms of finances, governance, and general management. Many board members run successful businesses, but somehow all their acumen departs once they enter the yeshiva. They would never allow in their own business what they tolerate in their schools. A serious cheshbon hanefesh is needed before it is too late to make needed corrections.

One issue crying out for attention is teacher qualifications, training and continuing education. Every article and research study (as well as common sense) indicates that properly trained and certified teachers are more effective in the classroom, and that students learn more from them. Why do we require teachers of secular studies to be licensed? Is math more important than Torah? What message do we send when untrained teachers spend so much time with our children? We no longer live in a shtetl, but we accept the shtetl mentality that the so-so melamed is OK and that teenage seminary graduates are competent teachers. How much trauma has been caused by this philosophy over the decades? Teaching is a skill that requires training and supervision.

Not every talmid chochom knows how to teach. Not every musmach has studied the Navi he is teaching. Not every Israeli is trained to teach Hebrew as a second language. If the person who cuts our hair is licensed, if the person who sells us insurance is licensed, if our plumber is licensed, how can we blithely allow an untrained individual to spend so many precious hours daily with our most valued treasures – our children? Granted, there are talented teachers who know instinctively in their kishkes how to teach. Would we, however, allow an unlicensed attorney to represent us or an unlicensed doctor to treat us?

Jewish education is the only field of endeavor (except ditch digging) where a person can have a career without any certification from any authority that he/she is competent to teach. “Education With Strings” is a wake-up call.

In-service training and continuing education means more than a one-shot seminar once or twice a year. In any case, a 6-hour seminar once a year provides little that a teacher can use.

Jewish pedagogy programs are alive and well all over the world. The insulation and isolation from these modernish concepts is no longer acceptable. Sure, we have a fine track record of producing frum and educated graduates. But how many have we lost along the way? How many have been turned off by inadequate teachers? How many left the fold because it’s more important to protect an ineffective teacher than to serve the needs of a child?

Hamatzil nefesh achas b’Yisroel. How can we not act now to bring Jewish education into the 21st century? Ms. Weisinger’s remarks are right on target. It’s time to do something about it.

National Board of License For Teachers and 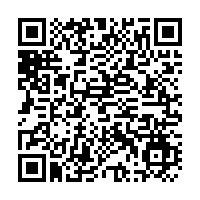