Outreach To The Frum

I was fascinated by Rabbi Yitzchok Fingerer’s April 13 op-ed article, “Kerovim Or Rechokim: Where Should Our Kiruv Priorities Lie?” I suppose I never really thought about the possibility that there are large numbers of young people who outwardly seem to live a frum life but do not do so privately.


I have never doubted that there are pillars of Orthodoxy who cynically live a lie – not only regarding their financial dealings but also in terms of not upholding our rituals. But young people?

I applaud Rabbi Fingerer for identifying this needy population and hope he can come up with a viable plan for help, though I’m not sure I agree with some of his suggestions. Sylvia Miller New York, NY

A Different Sort Of Politician

Re “The President and the Supreme Court: Philosophy and Politics” (editorial, April 13):

I cannot believe President Obama’s assault on the prerogatives of the Supreme Court is no longer the center of attention in Washington. To my mind there is nothing more important facing our county than this gross power grab by a politician determined to do whatever he wants. He steamrolled Congress to get Obamacare passed by a narrow, partisan margin and then lied about it, making it seem like it was passed by an overwhelming majority. Even then, he played fast and loose with Congressional rules of procedure followed for more than two hundred years. And, incredibly, he now publicly warns the Supreme Court that it had better uphold Obamacare, or else.

This is a very different sort of politician from any we’ve ever had as president. He seems to have little use for our longstanding traditions. And the crazy thing is, as things stand now, he will probably be reelected. Isaac Landau (Via E-Mail)

I hope The Jewish Press never lets up in warning about what a reelected Barack Obama will mean for Israel (“Palestinians Off the Radar,” editorial, April 13).

The reality, as you continue to not only to remind us but also document, is that President Obama’s seeming about-face on settlements and borders is only a function of the upcoming elections and his desire not to antagonize Jewish voters. When he no longer has to face the voters, he will revert to form.

As you have pointed out, presidents don’t ordinarily change their policies overnight. I would also suggest that you ramp up the drumbeat over Obama’s failure to express support for Israel’s right to retain Jewish population centers in the West Bank as his predecessors did. Although he insinuates that to do so would be inconsistent with the approach that such issues are to be decided by Israelis and Palestinians at negotiations, this is nonsense. He would just be expressing the preference, not the compelling mandate, of the U.S. government. Shmuel Kleinman (Via E-Mail)

Obama And Pollard (I)

I think I speak for most American Jews when I urge President Obama to free Jonathan Pollard (“Peres Awaiting Reply on Pollard,” news story, April 13).

Over the years it has been made perfectly clear that Pollard has been treated very differently from others who have committed similar crimes. This great disparity is a continuing insult to the American Jewish community and to the state of Israel.

Something is not right and Obama, who came into office promising to change things, should reverse the injustice that began back in the Reagan administration. While this was not Mr. Obama’s doing in the first place, he has a special responsibility inasmuch as the travesty is now in its 27th year and it continues on his watch. Martin Richman Cincinnati, OH

It is a barometer of the low esteem in which Israel is held that a succession of American presidents, including Barack Obama, have ignored the importuning of a series of Israeli leaders to free Jonathan Pollard. Significantly, to have done so would not have been a departure from U.S. tradition. On the contrary, it would have been fully consistent with U.S. policy regarding those spying for foreign powers, certainly for allies. Gail Singer (Via E-Mail)

Along with reader Elliot Scheer (Letters, April 13) I too was surprised by the OU’s conflating the Zivotofsky passport case with U.S. policy on Jerusalem. This was precisely the position taken by the U.S. government but challenged by Nathan Lewin, the Zivotofskys’ lawyer, who argued that all that was involved in listing Israel as the place of birth on a passport of someone born in Jerusalem was merely that – something appearing on a passport – and not an expression of U.S. foreign policy.

The court said the government’s position was not necessarily correct and ordered further judicial involvement by lower courts to refine the issue. So I don’t think it was all that helpful for the OU, however inadvertently, to tout the government line. Allan Hoffman Jerusalem 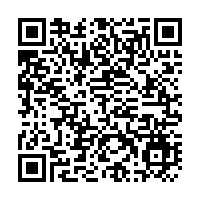