I was fascinated by your front-page photo last week of prayers being said at the Ponovezh Yeshiva for the gravely ill Rav Yosef Shalom Elyashiv.


The image of Ponovezh bachurim in heartfelt prayer for Rav Elyashiv captures the authentic Jewish approach to the trials and tribulations of life. As the widely recognized posek hador, one can safely assume he has been receiving the best medical care available. Yet for these talmidim (and many others), the ultimate intervention must come from a different place.

I would hope that such commitment and emunah will survive their passage into adulthood.

Prayer For Troops (I)

Milton Markowitz (“A Decade of Prayer for the U.S. Military,” op-ed, Feb. 10) got it exactly right: As Americans we should always show our appreciation for those who find themselves in harm’s way as they protect our way of life as Jewish Americans. As a people we always face special risks because of our faith, and we should always recognize our obligation to express gratitude.

While I certainly agree with Milton Markowitz’s calling attention to the appropriateness of praying for the well-being of members of the United States military, I wonder why there is some reluctance in some quarters of the Orthodox Jewish community to express the same support for members of the Israel Defense Forces.

U.S. soldiers and Israeli solders are worthy of honor and respect for what they do to protect us and our fellow Jews, both here and in Israel.

I share Adina Kutnicki’s concern for the impact post-and anti-Zionist sentiment in schools, the media and various other institutions, which will inform the next generation of Israeli leaders (“Post-Zionist Academics Further Israel’s Delegitimization,” op-ed, Feb. 10). However, I’m not sure what she proposes is the solution. Government intervention with a view to eliminating these points of view seems impossible in a democracy, and indeed Ms. Kutnicki seems to point to organized efforts at rebuttal.

Unfortunately, it is not at all likely that such ad hoc efforts can adequately confront an entrenched pseudo-intelligentsia.

I wonder why everyone is so surprised about President Obama’s efforts to force even the Catholic Church, which vociferously opposes abortion and birth control, to provide insurance covering such procedures to its employees in affiliated hospitals and charitable organizations (“Obamacare and That Religious Exemption,” editorial, Feb. 10).

This is a man who ran for office vowing to change the world as we know it. Obviously there was no reason to think he would be a fan of America’s religious traditions. All he has now done is prove it.

I was dismayed by Rabbi Berel Wein’s call for our religious leaders to urge that only superior students be given the opportunity to learn in the yeshivas of higher education while the rest “do national service stints” (“Why Haredim Have an Image Problem with Most Israelis,” op-ed, Feb. 10).

While Rabbi Wein is of course correct that many in Israeli society resent privileges enjoyed by Talmudic students, I thought issues of such magnitude are properly addressed by our gedolim. Yet Rabbi Wein takes it upon himself to rebuke “rabbinic and chassidic leaders of the haredi community [who] refuse to endorse the practical notion that these young men do national service stints.”

The Jewish Press is to be commended for the clear and needed analysis in “The Police Commissioner and ‘The Third Jihad’ ” (editorial, Feb. 3).

The New York Times should be chastised for taking the side of Muslims who are so “outraged” by the “discriminatory and biased” actions of the NYPD in showing the film to a group of officers. The efforts of media outlets like the Times, and the screaming liberals who support those efforts, must be identified and exposed for what they are. America is at war with radical Islam at the moment. The Middle East is exploding.

Iran is threatening Israel, America and the world with its nuclear bombs, which are being developed and may already be ready for delivery. If we fail to recognize the threat of radical Islam within our midst, we are doing a great disservice to our country.

Complicity with the enemy is traitorous. Those who pick up the Muslim “outrage,” thereby silencing criticism and exposure, are wittingly or unwittingly aiding the enemy. The public must become aware of this and do everything in its power to see that truth prevails.

Americans For a Safe Israel

As you have stated repeatedly in your editorials, Israel and its supporters in the U.S. should have real concerns about a second term for President Obama. His statements early in his first term showed a marked anti-Israel and pro-Arab bias. 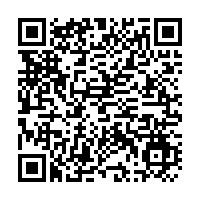