I am aghast that certain rabbonim were apparently manipulated into signing onto a letter “decreeing” that it is a violation of halacha to vote for someone because he or she supports same-sex marriage.


For me it is a leap to say that just because something violates halacha it automatically follows that one cannot vote for a political candidate who doesn’t agree with or abide by its prohibition. That requires a judgment along the nature of a takanah enacted by universally acknowledged gedolei hador sitting in council – not a process in which single-issue activists pester individual rabbis they target to sign a letter they’ve drafted.

Besides, rabbinical approval was far from unanimously lined up behind Fidler’s opponent, David Storobin. What about the rabbis who supported Fidler?

I think our community risks becoming something of a laughingstock as we increasingly – and mindlessly – become one-issue voters at the urging of activists who ignore dozens of other, equally important, issues.

I also wonder what our reaction would be if we learned that a non-Jewish elected official was “ordered” to blindly following the direction of his clergyman? You wait and see, this will come back to haunt us. Stuart Miller (Via E-Mail)

Super Jewish District Am I the only one repelled by the cynicism inherent in the plan to carve out a new senate district so as to maximize Orthodox Jewish clout there? (“No To a Jewish Super District,” editorial, March 16).

Where are the concerns about gerrymandering? Do we just go along with anything some individual or organizational political activists put on the table? I think you are correct in saying this is all part of a deal to guarantee the election of a Republican in a sea of Brooklyn Democrats. But whom do these dealmakers speak for? Nobody asked me. Helene Rosen New York, NY

The book explores the growing phenomenon of Israel-hatred and covert anti-Semitism on college campuses. Fomented by extreme left-wing institutes, funded by Saudi dollars, and led by professors with a barely-hidden intolerance for even the continued existence of the Jewish state, the new anti-Semitism parading as anti-Zionism poses dangerous threats to Israel and those who recognize the viability of this Western-style democracy in the Middle East.

Tracing the birth of this new strain of virulent anti-Israelism to the left’s obsession with “Palestinianism,” the book also reveals how a destructive “unholy alliance” has been formed between those liberals who seek social justice for the Palestinians, and Islamists who now find the left as an ally against a common enemy: Israel.

Genocidal Liberalism exposes the threat posed by the new anti-Semitism in detail, and then offers some concrete solutions to help bring American and Canadian campuses back to a balanced and levelheaded discussion of Israel and to expose the dangerous agenda of campus radicals. Brian J. Goldenfeld Woodland Hills, CA

The Tyranny Of Beauty

More Gym And Makeup As the mother of an unmarried son, I applaud Yitta Halberstam Mandelbaum for “Purim and the Tyranny of Beauty: A Plea to Mothers of Girls in Shidduchim” (Family Issues section, March 16).

Every era of history is characterized by its own approach. While our grandmothers probably had to be pleasingly plump, or at least well rounded, to find a husband, today the boys are more interested in how a girl is looking rather than how well she’s cooking.

I have seen far too many shidduch-age girls who don’t bother to style their hair and wear makeup. Time at the gym and good nutrition would help too (and that applies to boys as well). Leah Silverman (Via E-Mail)

Harmful Message Operating under the assumption that Yitta Halberstam Mandelbaum’s article imploring young women in shidduchim to do anything to improve their looks – even undergo plastic surgery – was not a Purimshpiel, I have this to say:

I do not understand why your publication, which has always given a large platform to issues like eating disorders and disaffected youths who leave the path of Torah, gave Ms. Mandelbaum the chance to spread a message that seems not only antithetical to the Torah’s timeless teachings and Jewish values, but one that can only harm, and not help, the many Jewish young women suffering from disordered eating, body dysmorphia, and endless worrying over whether they are attractive enough to find a mate.

Ms. Mandelbaum’s son may have been “in demand” before his mother’s plea for Jewish young women to do anything to improve their looks – no matter how fake those looks end up being – but I doubt many women will be lining up now to have Ms. Mandelbaum as a mother-in-law. Tova Ross Bergenfield, NJ

Gavin Newsom On Whether Men Can Get Pregnant 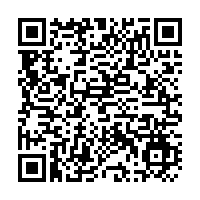