Anyone who would like to be part of the war effort in Israel can call 011972-2-581-1911 (Jerusalem) and receive the name of an Israeli soldier to daven for personally.


May Hashem answer all our prayers for the good.

Dr. Schick paints a picture of his greatness as only an intimate of Rav Aharon could and of the central role he played in the development of today’s Torah world. In particular, Lakewood has gone from being just a school to an overriding concept and state of mind that continues to impact the entire panorama of Torah education.

Despite the challenges posed by the Conservative and Reform movements, I have always thought there was a certain inexorability to the growth of Torah in America after the Holocaust as an expression of God’s will. Rav Aharon’s great talent and vision were used by Hashem to bring that about.

Chilling Out About Obama (I)

Ezra Friedlander’s point (“We Need to Chill Out About Obama,” op-ed, Nov. 16) really needed to be made. I have never seen so much twisting of fact and intellectual acrobatics concerning a president of the United States as are continuously directed at President Obama. Can it be that alone of all of our chief executives he is the only one who never gets anything right? Or that he sits up at night thinking of ways to do in Israel and the Jewish people?

How is it that even when Mr. Obama follows what other presidents have done with regard to Israel, he gets savaged for it while the originators of those policies – such as Ronald Reagan and the second President Bush – are fondly remembered by the Orthodox community?

Chilling Out About Obama (II)

I have often been embarrassed by the vitriol with which so may members of our community speak about President Obama, and I hope Ezra Friedlander’s op-ed last week will serve to demonstrate to those over-the-top critics that Obama is not all that different from other presidents.

I have great problems with Obamacare, for example, but why was Obama treated so harshly over it by people who gave Mitt Romney a pass over his enactment of virtually the same thing in Massachusetts? And as Mr. Friedlander ably illustrated, the views and policies regarding Israel for which Obama is vilified are not at all different from those of prior presidents.

Chilling Out About Obama (III)

I wonder what planet Ezra Friedlander lives on. Barack Obama said early on in his first term that he was committed to recasting the U.S. relationship with Israel and reaching out to Muslims. What other president came up with that statement? Does that mean nothing?

What other president sandbagged an Israeli prime minister just before meeting with him on an issue as important as the basis for the future borders of Israel? True, no president has moved the U.S embassy to Jerusalem, but for Mr. Friedlander’s information, The Jewish Press has pointed out more than once in its editorials that Obama is the only president who has refused to include an affirmative sentence in his waiver statement committing himself to such a move once circumstances permit.

I have a simple question for each:

If there were a MexiHamas firing missiles into the United States, would our reaction be restraint?

If there were a ScotchiHamas firing missiles into London, would England restrain itself?

If the Chechens were firing rockets into the Kremlin, would Putin counsel restraint?

The answers are all self-evident.

JNF Can Learn From The Church 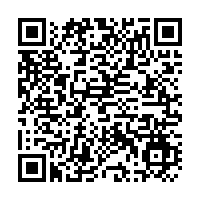