The Invisible President (I)


“You Are There” presented dramatizations of significant historical happenings. Brought up to date, the show might now conclude: “What sort of day was it? A day like all days, full of those events that alter and illuminate our times…. And Obama wasn’t there.”

It’s difficult to believe our president overlooked the need to be in Paris for the anti-terrorism rally. Based on his previous comments it is quite possible he decided he did not want to offend Islam by appearing there.

In the past he has refused to label the multitude of attacks conducted by Muslims as Islamic terrorist attacks. He has said “we are not at war with Islam,” but it sure appears Islam is at war with us. After all, what is the religion of almost every terrorist who has attacked Western civilization in the past 50 years?

President Obama, you just offended every freedom-loving person in the world.

Just Say No To The PA

You are right on target calling for pulling the plug on Palestinian aid” (editorial, Jan. 9).

It is sickening to read the words of Jen Psake, the State Department spokesman who speaks for President Obama, when she says, “We’re seeking to clarify whether the assistance [$440 million U.S. annual aid package to the PA] complies with U.S. law.”

The PA’s action in going to the International Criminal Court to accuse Israel of war crimes is clearly against U.S. law, and requires that the aid be suspended. However, it isn’t clear the president will follow the law, which he is “seeking to clarify.” All this insistence on the rights of the PA to be recognized as a sovereign state (bringing about the eventual demise of Israel) has reached the height of absurdity in light of events this past week.

Although France voted with the EU to clear Hamas of its terror ties, just as it voted in the UN to recognize the PA, France today is a different country. The massacres by Muslim terrorists in Paris, followed by the French president’s recognition that France is at war with radical Islam, highlight the absurdity of the charade with the terror leader Abbas and the terror organization Hamas.

Just as Frenchmen today are horrified by the tongue-in-cheek suggestion that France be divided into two states living side by side in harmony with Paris as a shared capital with Muslims and non-Muslims, so should Israelis and Jews everywhere be horrified by the continuation of “peace” talks with terrorists who declare their intentions to kill the Jews.

We cannot look to the U.S. to take the right road. President Obama is still unable to speak the words “radical Islam.” Israel must do what is in its own best interests. There must be no negotiations with terrorists and we must Just Say No to those who would push Israel in that direction.

The Jan. 9 Week in Review page reported the controversy over the omission of Israel from an atlas published by HarperCollins. But at least when HarperCollins was challenged, it apologized and announced that it would correct the mistake.

By contrast, the Palestinian Authority continues to use maps showing all of Israel labeled “Palestine” in its government offices, news media, and schoolbooks.

When will American Jewish leaders finally recognize the wisdom of your Jan. 9 editorial urging an end to America’s $500-million in annual aid to the PA? Only that kind of meaningful pressure will force the PA to stop encouraging its people to seek a world without Israel. 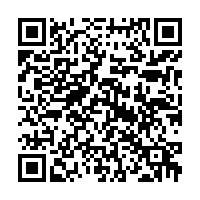