Had the massacre perpetrated by Muslim terrorists at the offices of the French satirical weekly Charlie Hedbo not preceded the murders of four patrons at a kosher market in Paris, it is highly unlikely that millions of Frenchmen would have taken to the streets in protest of growing Muslim militancy. Indeed, we are fairly certain they would not have.

Yet the fact is, this past year there has been a mounting number of attacks by Muslim thugs against Jews living in Paris, such that few Jews will wear a yarmulke or other Jewish form of dress in public. And it is also the reason why nearly 7,000 emigrated to Israel in 2014, double the 2013 number.

Thus, while the Charlie Hedbo tragedy merited the attention it received, we are reminded of the perhaps overused but nevertheless trenchant aphorism attributed to Christian theologian Martin Niemoller, an outspoken critic of the Nazis who spent the last seven yeas of his life in a concentration camp:

Then they came for the Jews, and I did not speak out – because I was not a Jew.

Then they came for me – and there was no one left to speak for me.

According to Natan Sharansky, director of the Jewish Agency for Israel, France was the largest source of Jewish emigration to Israel last year and he believes as many as 15,000 French Jews may make aliyah in 2015.

Serge Cwajgenbaum, secretary general of the European Jewish Congress, told The New York Times that “There is enormous anxiety, a lot of bitterness, and a feeling that the Jewish community is under siege…. It has become evident that there is an internal war against the Jews being waged by Islamic radicals in this country, and people are very upset that the judicial system and the security apparatus were not able to thwart the attack.

To be sure, French authorities have now deployed several thousand troops and police officers to protect Jewish schools and other “sensitive sites.” Prime Minister Manuel Valls proclaimed that “France without Jews is not France.” And President Francois Hollande accompanied Israeli Prime Minister Benjamin Netanyahu to a commemoration event at the Grand Synagogue of Paris this past Sunday. But it may all be too little too late.

For years French authorities have granted near autonomy to Islamists in heavily Muslim neighborhoods. According to Robert Spencer, director of Jihad Watch, a non-profit that monitors Muslim extremists, “There are no-go areas not just in Paris, but all over France, where they are effectively in control.… They are operating with impunity, apparently secure in the knowledge that authorities cannot or will not act decisively to stop them.”

France has Europe’s largest population of Muslims, some of whom have not been shy about openly discussing their goal of gaining a majority in France and instituting Sharia law.

This, then, is the context of Prime Minister Netanyahu’s statement to French Jews that they would be welcomed in Israel with “open arms.”

It is disturbing, if not surprising, that some major opinion makers have sought to shift the focus from the central issue of how to deal with an ascendant and murderous Muslim fundamentalism in France and elsewhere in Europe.

Perhaps the greatest danger in the wake of the massacres is that more Europeans will come to the conclusion that all Muslim immigrants on the Continent are carriers of a great and mortal threat. Anti-immigrant sentiments were already at a dangerous level, making it essential for national and pan-European leaders in coming days to underscore that extremism is not inherent to the Muslim faith, and that the Islamists themselves are hardly a single entity. 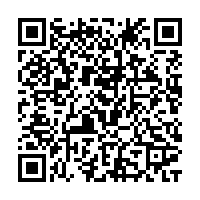