Reacting To Palestinian Violence (I)

If Mahmoud Abbas’s true goal is to establish a Palestinian state, his recent speeches will have the opposite effect. They can only make Israel less willing to concede anything to him.


The only way to solve the problem is to get at the basic root cause: Arab/Muslim children are being taught to hate others who are different, especially Jews. And, they are brainwashed into believing that all of the land in the region, including Israel, belongs to the Arabs.

Palestinian leaders will continue to foment terrorism in order to avoid peaceful coexistence with Israel so long as the U.S. and other nations keep supplying them with money. (How much of that money goes into the pockets of those leaders?)

Concomitantly, Israel should stop handing over to the Palestinians the money collected from VAT taxes and should suspend supplying water and electricity. Why should Israel help its enemies?

Further, Israel should reconsider the wisdom of treating captured Palestinian terrorists free of charge in its hospitals. Ship them back whence they came.

Israel’s recent policy of getting tough with young attackers is a step in the right direction, but it doesn’t get to the root of the problem.

It’s no secret that Palestinian schools honor terrorists by hanging terrorists’ pictures on classroom walls. Some Palestinian schools are even named after terrorists. With kids being exposed to such glorification of murder, Israel’s response of bulldozing young attackers’ homes isn’t going to have much of an impact. Perhaps its time for Israel to start bulldozing schools that foment savagery.

What do you suppose America’s response would be if Canada or Mexico had a school named The Timothy McVeigh Elementary School, with pictures of the likes of mass murderers like Adam Lanza, Dylan Bennet Klebold, and Eric David Harris hanging on its walls, and then the students went out and attacked Americans? Americans would be outraged.

Where is the outrage from Obama or Kerry over Palestinian schools with such despicable dispositions? Does the Obama administration honestly believe that building settlements is a greater detriment to peace than rearing entire generations of kids inculcated with a penchant for murder and mayhem?

The principled and courageous action by former New York mayor Rudy Giuliani twenty years ago (“Giuliani, Arafat, and the Meaning of Leadership,” op-ed, Nov. 23) stands out even more when viewed against the present state of political weakness and mendacity, most recently highlighted during the congressional hearings on former secretary of state Clinton’s Benghazi tragedy.

When Giuliani bounced Arafat from a UN event at Lincoln Center in the face of sniveling remonstrance from the city’s “appalled” liberal establishment, he indeed epitomized the major difference between Jewish leadership and real leadership.

Israeli Prime Minister Benjamin Netanyahu may have, in his speech to the World Zionist Congress last week, exaggerated the role of Haj Amin al-Husseini, grand mufti of Jerusalem, in influencing the Nazi extermination program.

However, in view of the latter’s anti-Jewish campaign since the early 1920s under the slogan of “Idbach al-Yahud [Slaughter the Jews],” he certainly approved of it.

During his residence in Berlin from 1941-5, the mufti would have heard the Horst-Wessel song, one of the marching songs of Nazi Germany. Its words “When Jew-blood from the knife does flow, then everything well does go” would have struck a resonant chord.

These sentiments clearly still inspire the “liberation” campaign of his spiritual heirs in the “Palestinian resistance.”

With all the campaigns and lectures we have about how to bring the redemption, unfortunately the most basic lesson of all – love of our fellow man – has not been absorbed anywhere near the extent it is needed, especially today. This I realized once again on a recent Shabbos when an innocent reprimand turned into an ugly encounter between myself and another Jew.

It was right at the beginning of a lavish kiddush in a chassidish shul that I, a non-chassid, was visiting. I witnessed a teenage bachur using one of the kiddush tables as a bridge to cross over the benches. When I told him it was disrespectful to put his feet on the same shulchan from which people were about to eat, his father, who was seated nearby, became highly indignant that I would dare admonish his son.

Impervious to the reason for my words to the boy, the father barked at me that I should not tell his son how to behave. His language and demeanor conveyed the attitude that I somehow counted less than he as a Jew and that I did not bear sufficient title to address either him or his son.

Naturally, after feeling insulted by his unexpectedly belligerent behavior, I responded in kind by delivering a few choice remarks of my own. I walked away feeling more than a little aggravated by the whole experience.

Based on this as well as other experiences I’ve either had myself or heard about from others, it seems that a hardened minority of frum Jews look down on and behave disrespectfully toward fellow Jews whose attire and minhagim differ from their own. Sadly, I’ve found this phenomenon to exist mainly in the chassidishe olam, though not exclusively so.

Please, let us all – chassidish and non-chassidish alike – strive to act with greater tolerance and respect toward one another in all venues and under all circumstances. 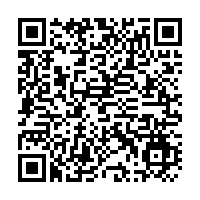