Raphael Morris, leader of Returning to the Mountain, a movement dedicated to encouraging Jews to ascend the Temple Mount, was arrested for questioning on Thursday, on suspicion of incitement. On Wednesday, speaking on Galei Israel Radio 106.5 FM, broadcasting mainly to listeners in Judea and Samaria, Morris announced a challenge in reaction to the Israeli government’s capitulation on the status quo on the Temple Mount. Returning to the Mount will award NIS 2,000, or a little more than $500 to every Jew who ascends and prays on Temple Mount.

The police alleged during the interrogation that Morris was a solicitor to committing a crime, Srugim reported. Morris denied the allegations, claiming that his arrest amounted to political harassment. “It’s just a shame that the Israeli police rush to investigate Jews who are working for the Temple Mount, while permitting [Muslim men’s association] Morabiton to return to the Temple Mount, and enable the Arabs to continue inciting for the murder of Jews from the Temple,” Morris said.


“This is conduct that encourages the murder of Jews,” said Morris insisted, adding, “It should be recalled that [my actions constitute] financial compensation for prayer, which is a basic right in the Jewish state.”

Morris, who is represented by attorney Itamar Ben-Gvir of the legal aid society Honenu, was summoned to the Jerusalem Magistrates Court, where police will ask for his barring from the Temple Mount compound.

Under the current status quo, any non-Muslim who prays within the boundaries of the Temple Mount compound, is subject to an arrest. But, according to Morris, the prayer does not constitute a criminal offense, and after a short incarceration the Jews who prayed on the site of the ancient Israelite Temples would be let go, $500 richer.

The Returning to the Mount movement said in a statement that “especially during these tense times, every show of weakness regarding our hold on the site means capitulation and surrender to terrorism. Therefore, now of all times it is necessary to bolster the Jewish presence on the Mount. It is inconceivable that the very holiest place for the nation of Israel Jews would be arrested over prayer, dancing, or mumbling.” 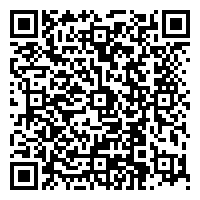