I agree with him that we are generally too little concerned with how we relate to our fellow human beings in terms of respect for what is theirs. We tend to see virtue in obedience to spiritual rules and rituals but not in respecting the rights of others even though such concerns are part of the Torah’s value system.

I am not what you would call a particularly zealous person, but as I get older I find myself thinking more and more about the accounting the Torah tells us we all will have to give about our actions. Think about it. Can we calmly go to our Maker after having cheated someone in business or some such thing?

True, perhaps it was hidden and no other human being knows about it, but isn’t it the point that it is something you will carry with you for eternity and can no longer hide? Multiply this by perhaps thousands of similar examples in the course of a lifetime.

My transgressions may not draw the attention of the policeman, but it is not him or her that I fear.

I haven’t been one to criticize President Obama for not having sent “boots on the ground” to help our friends in their fight with various terrorists and insurgents. I fully understood why he would not want to get up every morning to the realization that we are once again enmeshed in endless wars far away and ill-suited for the effective application of our military power.

The thought of so many Americans dying had to weigh heavily on him and his decision-making, and the thought that there was no clear exit strategy made things even worse.

But I now agree with the point of your editorial last week that our national interests will inevitably draw us into those wars when the cost in human lives and treasure will be far greater than they could be now. I don’t believe we can forever isolate ourselves from the fundamental transformations that are taking place in the world, especially since we are probably the only country with the resources to make a difference.

No Such Thing As ‘Coincidence’

Tears welled up in my eyes halfway through Susan Feldman’s op-ed article (“A Letter to the Editor and a Great-Grandfather’s Sefarim,” Jan. 1).

It was not only that I envy people who can have that kind of positive emotional experience. I saw myself reliving with her the lives of her forebears – lives of selfless commitment to the Jewish community and uncomplicated devotion to our Jewish faith and its rich history.

I also was touched by her fascination with the series of seemingly isolated events that led her to her great-grandfather’s sefarim and an important part of her family’s history.

I must say I will always look at The Jewish Press’s letters to the editor section in a new light. I agree with Ms. Feldman that its role in this episode was much more than coincidental.

The First Amendment And The Fight Against Terror

Clearly the need to deal with secret cells of terrorist moles and the incitements of the faithful in mosques requires an approach that may be at odds with our ingrained notions of the rights of privacy and freedom of religion. 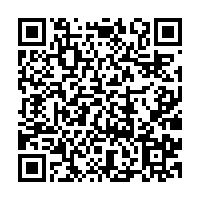