The Bahraini Interior Ministry on Wednesday announced it foiled a terrorist plot that targeted the kingdom.

Bahraini security detected the terrorist cell that was planning to carry out a series of bombings in the country. Bahrain identified the members of the cell, known as Al-Bassah group, which is the armed wing of the so-called al-Wafa’ Islam party. Bahraini authorities revealed that the terrorist cell is linked to the Iranian Revolutionary Guard and Hezbollah and is supported by both organizations. One of the cell members traveled to Iran a few years ago, to secure financial and logistical support for the implementation of the terrorist plans in Bahrain. Members of the cell also traveled to Lebanon to obtain financial support from Hezbollah to continue their terrorist activities. According to Bahraini security, Hezbollah’s Secretary General Hassan Nasrallah gave the cell $20,000. 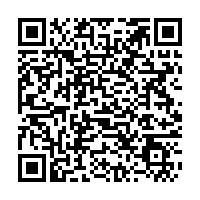