In addition to honoring the memory of her grandmother, the author recreates a world long gone and in the process reminds us of the struggles of early 20th century Jewish immigrants to America.

I extend a sincere Thank You to The Jewish Press for featuring this marvelous series. I look forward to each new chapter. They’re simply delicious. More Freida Sima, please!

In defending “New York values” in the most recent Republican presidential debate, Donald Trump deviated from his newfound conservative populism. It’s easy to understand why he did it: Trump’s religion is megalomania. Since he lives in Manhattan, New York is his holy land.

But why didn’t this defense of one of the most liberal locales in America trigger mass defections from the Trump camp? Because support for Trump doesn’t seem to come from a place of ideology so much as one of anger: anger at “establishment” Republicans, anger at the press, anger at the Other.

And that matters. If Trump is not being asked to live up to any articles of faith, then it is impossible for him to commit heresies. So while his supporters continue to loathe the city, they’re more than happy to let their candidate love it.

Earlier this week, a figure regarded as Israel’s senior politician was hospitalized after reporting chest pains. This was 10 days after he was released from the hospital after being treated for a minor heart attack and a constricted artery.

Although my political views are to the distant right of 92-year-old Shimon Peres, I respect him as a statesman and a witness to so many historical events. I am keeping Shimon ben Sara in my prayers. Whatever one may think of his participation in peace talks with the Palestinians and the seemingly diminished value of his Nobel Peace Prize, his earlier diplomatic achievements were vital to Israel’s survival. (And he played an instrumental role, in the 1950s and early ‘60s, in Israel’s development of a nuclear capacity)

On the international scene, no Israeli figure has met as many kings, popes, presidents, and business leaders as has Peres. Peres’s popularity among world leaders opens doors for Israel and arguably has been as vital for the country as the military hardware and spiritual resources that ensure its survival.

Additionally, because of his position in the government, he had the merit to meet the country’s leading poskim, working with them in a way that preserved the nation’s religious character while allowing for the economic and diplomatic policies favored by Peres.

Being the grandson of Rabbi Zvi Meltzer and having received a berachah at age four from the Chofetz Chaim gave the otherwise secular lawmaker an appreciation of his Jewish heritage.

He is at an age when every hospital visit raises the fears of his three children. I can relate, as my grandfather died at 91 after a prolonged hospitalization.

Too many shelichei tzibbur – and regular daveners – are not paying attention to what they are saying in the Mi Chamochah paragraph in Maariv when they intone as one phrase Zeh Kayli anu ve’omru.

Unfortunately, most siddurim (the Koren and the new Siddur Hameforash being exceptons) have no punctuation to separate anu from veomru, though ArtScroll and Birnbaum do so in their English translations.

We have to teach our congregants that the proper punctuation and intonation is Zeh Kayli anu – then a comma or semicolon, for the word that follows, veomru, does not refer to the previous verse but rather introduces the pasuk of Hashem yimloch that follows.

The correct reading should be: Zeh Kayli anu (This is My God, they exclaimed), and then ve’omru, Hashem Yimloch (and they said, Hashem shall reign….)

The pasuk of Zeh Kayli occurs much earlier in the Shirah, whereas the pasuk of Hashem yimloch concludes the Shirah.

With the proper kavanah and an understanding of the meaning of our prayers, may all of our tefillot be acceptable before the Almighty.

My Grandson Is In Danger

The imprisonment of my grandson Meir Ettinger, age 25, brings back difficult memories for me. I don’t know how many people remember that my late husband, Rabbi Meir Kahane, zt”l, was jailed under the same despicable administrative detention orders in May 1980.

An administrative detention order deprives a person of his basic rights. He can be held for six months without being charged or tried, and the order can be renewed indefinitely.

If there were any evidence that my grandson Meir committed a crime, he should be put on trial in open court. He has not been tried in court because he has not committed any crime.

What he has done is not considered a crime in any democratic country. He expressed unpopular views in a blog he wrote on the Hebrew website Hakol Hayehudi. Simply put, the powers that be don’t like the way he thinks. When his case came to court for review after his first three months in prison, the judge ordered his imprisonment continued. The reason he gave was that Meir had not changed his views. The Honenu lawyer said, “If the judge wants him to change his opinions, he can send him to Korea; there they know how to make people change their opinions.”

The administrative order imprisoning Meir can be renewed by the simple signature of the minister of defense for another six months, and another and another – life imprisonment by installments.

What is happening to our beloved Israel, the only democracy in the Middle East? Is it turning into a totalitarian state?

With two weeks left of the six months decreed by Defense Minister Moshe Yaalon, my grandson Meir began a hunger strike on Wednesday, January 20. I hope and pray it will succeed in touching the hearts of the powers that be, but I am concerned about the harm to his health

Messages can also be faxed or e-mailed to the Israeli consulate in New York. The e-mail address is info@newyork.mfa.gov.il (the consulate’s website doesn’t give a fax number). The telephone number is 212-499-5000. 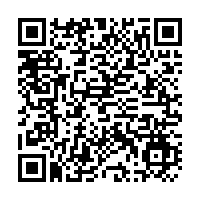