A prominent Torah personality for much of the latter half of the 20th century, Rav Ginsberg served until his death last week at age 93 as the menahel of the Agudas HaRabonim of the United States and Canada, also known as the Union of Orthodox Rabbis, the oldest Orthodox rabbinical organization in the United States, whose membership included many of the leading Torah figures of the era. Rabbi Ginsberg worked closely with them and was their confidante.


He was an uncompromising foe of the Reform and Conservative movements and each year issued condemnatory statements on behalf of the UOR prior to the High Holy days. Rabbi Ginsberg also served as chief judge on the UOR’s rabbinical court.

In addition to his work with the UOR, Rabbi Ginsberg was the menahel at the Rabbi Jacob Joseph School while it was a fixture on the Lower East Side of Manhattan and was also a teacher there. 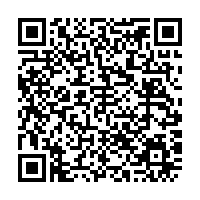