Once again, the Israeli government has broken the rules of responsibility, civility, and decency to its Jewish citizens by destroying Jewish homes based on false and unsubstantiated claims.


The homes on Netiv HaAvot and Tapuach West need not have been sacrificed on the altar of PC. The lives of the residents need not have been torn apart with the destruction of their homes. The young people who came to protect them with their bodies should not have to go through the trauma of seeing their own government destroying Jewish homes.

AFSI Chizuk missions see endless numbers of illegal Arab homes as they travel throughout Israel. Some are huts, brazenly bearing the stamp of the EU which funded them. Others are spacious mansions, spread out on large parcels of land – without fences – for they have nothing to fear from their Jewish neighbors.

Even in The Old City of Jerusalem, where houses are packed tightly together, there is rampant illegal Arab building. We haven’t seen one of these demolished.

Instead, a community built in memory of Tali and Binyamin Kahane, who were brutally gunned down in a terrorist attack, and housed idealistic, spiritual Jews, was destroyed. The houses in Netiv HaAvot, which supposedly encroached on contested land by inches, were destroyed.

I don’t believe this is what Hashem had in mind when he gave the Jews, the Chosen people, the Promised Land.

In “The Future of American Zionism” – published on your website – Daniel Greenfield writes that 85 percent of Israeli Jews backed the move of the U.S. Embassy to Jerusalem. Israeli entertainer Noa belongs to the 15 percent who opposed it.

According to a recent JTA article, Noa is a “peace activist,” thereby implicitly endorsing the proposition that the co-called “two-state solution” will lead to peace while other approaches won’t.

The truth is that many, if not most, Israelis have sobered up by now and know that Palestinian statehood is a bad idea. As they watch the news, it’s not hard for them to imagine what would happen if the Palestinians had an army.

So Noa is in the minority – a minority that is not so much for “peace” as it is for Palestinian statehood. JTA should refrain from labeling these people “peace activists.” After all, does JTA want its readers to believe that those Israelis who oppose a Palestinian state do not want peace?

Take Off the Gloves

Why does the IDF limit itself to “responses” to terror? I strongly believe that all known Hamas sites of military Significance should be preemptively attacked and destroyed.

Civilians must be led to understand that they are in great peril if they are in proximity to such sites.

In your June 8th edition, you printed an article about the “Satmar Anti-Zionist Convention.” To non-Jews and irreligious Jews, this convention was a public disgrace.

The modern State of Israel is a miracle after six million Jews perished in the Holocaust. One does not have to support Israel, but to demean the state in a public forum, as the Satmar are known to do, is a desecration of G-d’s name.

What a Special Man

Thanks for the great write-up in your paper on Moshe Binik, z”l.

I knew him from when we lived in Remsen Village so many years ago. He davened in our shul and he would occasionally assign me to visit people at Brookdale or an elderly person’s home. He also sometimes sent people visiting Brookdale to our home for a Shabbos or Yom Tov.

I knew about his great Our Place organization and that he had started a kollel in memory of his father, but I didn’t know about all the other great chesed that I learned reading about him in The Jewish Press. Based on all the extraordinary chesed he did, the title of “Ba’al Chesed Extraordinaire” you gave him is so fitting.

What a Special Article

Michal Popper’s article, “Losing A Special Needs Child,” was eloquent, sensitive, and precise. Thank you for sharing such heartfelt sentiments. I am passing the article along to family members and professionals in the special needs community knowing that it will arouse others to better understanding and greater sensitivity.

What About the Hilltop Youth?

Thank you so much for your coverage of the statements by the OU, RCA, and Agudah critical of the Trump administration alongside coverage of the expulsions and demolition of Jewish homes in Netiv Ha’Avot and Tapuach West.

Since we now know that Jewish and rabbinic organizations will issue public statement when humanitarian matters are at stake, the time has now come for these organizations to speak up on behalf of the Jewish hilltop youth who are being beat up and tortured for their political opinions.

The OU, RCA, and Agudah are concerned about the unfortunate children of illegal immigrants. How about being concerned about Elisha Odess, who has been separated from his family for over two years and tortured until he confessed to crimes he never committed?

Shame on the OU

Shame on the Orthodox Union for joining such organizations as the Union for Reform Judaism and the Anti-Defamation League in signing a letter to the U.S. Attorney General and our Secretary of Homeland Security denouncing the Trump administration’s zero-tolerance illegal immigration policy.

The Trump administration’s zero-tolerance policy protects our country and treats immigrant criminals no worse than United States citizens who are arrested.

What is really appalling, though, is the abysmal lack of hakarat hatov to President Trump. I will not recount here the president’s unprecedented actions in support of Israel. We all know them.

It seems, however, that the OU has forgotten, and in doing has made a possibly tragic mistake. The OU should apologize to the president and to its own membership for its foolish action and stick to kashrut and kiruv and other areas in which it is not so clueless.

Your headline last week on page 1, “Major Orthodox Groups Attack Trump,” was befitting of The New York Times. Instead of “Attack” you could have used the word “Question.” Surely, there can be a non-inflammatory way to criticize.

I see things quite differently. Even some hardcore liberal leftists and Trump haters are now reluctantly admitting that there’s no “there” there. After spend nearly $20 million of our tax money, Mueller still lacks a key ingredient in his case: evidence.

Recognizing Jerusalem as Israel’s capital and moving our embassy there apparently isn’t enough for many liberal Jews. Trump calling out Abbas on his lies and virulent anti-Semitic distortions isn’t enough. Trump announcing to the world that he stands firmly with our beleaguered brethren isn’t enough. Firing 58 Tomahawk missiles at the parked Syrian planes that had dropped poison gas on civilians isn’t enough.

A booming economy is also not enough. If, G-d willing, the denuclearization of North Korea becomes a reality, what will the Trump-haters do then? Look for something else to snipe at? Belittle it in some fashion because the vile and disgusting “celebrity” community hates Trump? Has Robert DeNiro become a hero to be emulated?

I’m a proud supporter of a president that often discards protocol and niceties in his quest to make America great again. I resent the unfair, untrue, ludicrous and mean-spirited accusations hurled at him. I still bristle when I recall the “free pass” given Barack Obama by so many liberal Jews for eight long years. Under Trump’s formidable leadership, America will succeed despite the naysayers and we’ll also celebrate “Am Yisroel Chai.”

Where is Your Hakarat Hatov?

In response to Yosef Tannenbaum’s letter raising the Russia collusion farce, I’d ask him what he has to say about the recent revelations that Peter Stzrok, the top FBI official responsible for initiating and recommending the investigation (witch hunt) into the president, was found to have exchanged text messages with his (extramarital) girlfriend, an FBI attorney, filled with hatred for Donald Trump.

Stzrok actually assured her he would “not let IT [Trump becoming president]” happen! After the election, their messages contained statements on how they could “stop” Trump. This is the person who started the Russia investigation!

I would also ask Mr. Tannenbaum how, as a Jew, he can justify having no hakaras hatov towards this president who, among other things, courageously moved the embassy to Jerusalem; defends Israel against every UN resolution against her; withdrew from the anti-Semitic UN “Human Rights” group; and freed Rabbi Rubashkin from prison. All that in addition to all he has done and continues to do for American citizens!

He is the antithesis of the weakling Obama and has restored our respect and standing in the eyes of the nations of the world. We Jews should be thanking Hashem for this blessing of a president and showing President Trump due respect and gratitude.

The way your paper describes that arrogant, ignorant, and narcissistic president of ours, you would think Moshiach has arrived. Many of us are repulsed by his antics.

Meanwhile, your paper is full of sheer hatred for our previous president. Have you forgotten that for a full eight years, Obama provided Israel with the most sophisticated weapons that it can now use on Iran?

Where is the slightest hakoras hatov to that man? The best way to describe my revulsion to your attitude is an old Yiddish expression: “Feh!”

All Façade, No Action

Michael Reagan makes a good point about how the left had no problem with Barack Obama visiting Cuba but complains that Trump gave “legitimacy” to Kim Jong Un by meeting him.

It should also be noted that there is a huge differences between the circumstances surrounding the two meetings. Cuba did not have nuclear weapons and wasn’t threatening to nuke the U.S.

Kim Jung Un, on the other hand, has nuclear weapons and has been threatening the U.S. Trump did an excellent job in at least bringing Junk Un to the negotiating table, which no other president has been able to do, without apologizing for America or handing over billions of dollars.

It’s so typical of the left to ignore reality and focus on appearance. Trump possibly averted a nuclear exchange with North Korea, but the left is more concerned with appearances.

This mindset is possibly what’s behind the Left’s love of Obama and hatred of Trump: Obama was mostly facade and little substance. Trump is mostly substance and doesn’t care much for facade. 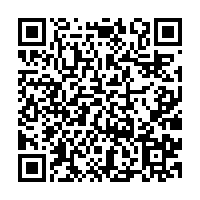