A wounded terrorist taken to Barzilai Medical Center in Ashkelon after he was shot while trying to infiltrate into Israel from Gaza with two accomplices provided the medical staff and IDF soldiers with additional reasons for concern upon his arrival.

Dr. Eitan Zeidman told Radio Darom’s Udi Ben David in an interview Wednesday night that while working on the terrorist in the emergency room, he noticed two lumps in the terrorist’s clothing.

“When I moved the patient from the IDF stretcher to the hospital bed, there were two heavy lumps in his pants pocket,” he said. “I didn’t know what it was at that point, but then I asked the nurse to bring a scissors and cut the pants.

“Once we saw what it was — grenades and explosives — we instantly evacuated everyone from the room.”

Three terrorists were spotted and captured while attempting to infiltrate into Israel just a short while earlier, including the patient.

Within a few hours, a second set of four more terrorists again attempted to infiltrate into Israel through the security fence at the Gaza border. These, too, were prevented from succeeding in their mission.

UPDATE: The bomb squad determined that the terrorist was not carrying explosives. He was carrying already used and empty smoke canisters or tear gas grenades that he hid in his clothing. 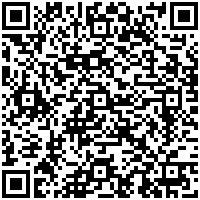