An Untapped Army of Snow Shovelers

Why is it that girls’ schools have chesed programs but yeshivos don’t?


There are so many senior citizens who can’t shovel their sidewalks. It’s a sakana for them if they try, and it’s also a sakana if they don’t try and the snow and ice remains on their steps and walkways.

Baruch Hashem, there are many yeshivos around. Wouldn’t it be nice if some of the bachurim went around and shoveled for them?

Some Shadchanim Are Unscrupulous

Rabbi Chananya Weissman was right on target with his op-ed last week on shadchanim scams. More than 30 years ago, I was the victim of two of these unscrupulous shadchanim. They (a husband and wife) took my money after which I never heard back from them.

Finally I called to find out what was going on. They replied that I was “a difficult case” and couldn’t find anyone for me. In the end, I got a refund, but only a partial one.

I am long since happily married, but I will never forget the humiliation I experienced – never mind the money I lost!

Shadchanim Deserve Our Thanks

I take issue with last week’s op-ed by Rabbi Chananya Weissman. I am not a shadchan, but I have made two shidduchim, and all the shadchanim I know work very hard to try to make good matches and none of them take money unless there’s an engagement.

They spend hours on the phone, working for those who turn to them. These days, men and women submit written accounts of themselves and that’s what shadchanim have to go by. They aren’t prying. They’re simply trying to make the most appropriate match.

I think Rabbi Weissman owes an apology to all the very hard-working shadchanim among us.

The naming of Robert Malley as lead negotiator for reentering the nuclear pact with Iran sends an unfortunate message to the Iranian regime. Malley has a history of appeasing Iran and has stated that no new restrictions need be imposed on Iran’s missile program. By appointing him, Biden has thus already weakened his bargaining hand.

Energy production soared, many high-paying jobs were created, and American industry could count on a reliable source of energy for manufacturing, transportation, and the military.

Recently, however, we have taken a major step backward. President Biden has issued an executive order to stop work on the Keystone-XL Pipeline, which means America will become less energy independent.

It also means that the environment will be harmed. Instead of oil flowing through a pipe, it will now be transported by train, which is more dangerous and energy-draining, or by truck, which is even less safe and efficient.

In addition, this order will lead to a decrease in supply, which will raise the price of oil. This is great news for major oil producers like Iran and Russia. It’s not very good news for our closest ally, Canada, especially the oil-producing province of Alberta.

Why Is It Our Business?

As a fan of the Coalition for Jewish Values, I was shocked to read in last week’s issue of The Jewish Press that it condemned Congresswoman Marjorie Taylor Greene for some nonsense she shared on Facebook about space lasers and Rothschild financial interests.

She is the most pro-Israel, pro-family, pro-religion, and anti-abortion member of Congress. Furthermore, removing Greene from serving on congressional committees, as so many Jewish groups called for, is part of a larger movement of clamping down on free speech in this country. Is this what we Jews need? Less free speech? Why shoot ourselves in the foot?

And why should we care if forest fires in California were or were not started by space lasers? What Torah values are at stake here? This is pure narishkeit, and a Yiddishe kup should be smart enough not to get involved.

He Deserved a Pardon

I agree with your recent editorial about Sheldson Silver having done so much good for the Jewish community and deserving a pardon. I regret that President Trump didn’t pardon him and strongly recommend that we write to Senator Chuck Schumer, urging him to try to get President Biden to do so. 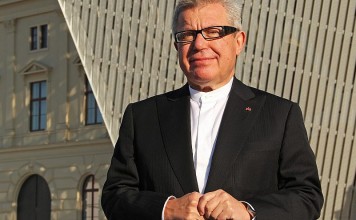 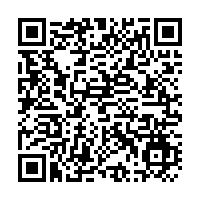