In 1994 Ukraine signed the Budapest Memorandum in which it relinquished all its nuclear weapons in exchange for a Russian non-aggression pledge. Today, tragically we see what a gross strategic mistake Ukraine made.


For tiny Israel, the message is clear. It cannot solely base its security on peaceful words of other countries. Rather, it must also maintain strong defense forces and a nuclear deterrent.

On February 24, 1942, the SS Struma was navigating the Black Sea carrying 781 Romanian Jewish refugees to Palestine. They had a chartered ship. On that day it was torpedoed by a Soviet Union submarine and sank. There was only one survivor. The Soviet Union was led at the time by dictator Joseph Stalin. How ironic, on this same day eighty years later, remnants of the Soviet Union, now known as Russia, under President Vladimir Putin (a dictator in his own right) invades Ukraine. Let us hope that the brave citizens of Ukraine, who only want to live in peace with their neighbors, don’t suffer the same fate.

It’s time for President Biden to reverse his decision and permit the construction of the Keystone XL Pipeline. This will permit the United States to be less dependent on foreign oil, especially oil from Russia. Currently, we import 100,000 barrels a day from Russia. At almost $95.00 per barrel, this comes to almost $10 million each day or more than $3 billion per year.

It’s also time for Biden to provide adequate funds for our military. After adjusting for inflation, only the Defense Department and Homeland Security received a cut in funding. All other federal departments received an increase.

Lastly, I would ask the president to secure our southern border. We can’t wait for a terrorist sneaking in to kill many of us before we take action. Closing the barn door after the horse escapes is too late.

A Country of Possibility, Not Hate

Despite Ukraine’s dark history of antisemitism reaching back centuries to Cossack pogroms and the collaboration of some anti-Soviet nationalists with Nazi genocide during World War II, Ukraine after Zelensky’s election in 2019 became the only country outside Israel with both a president and prime minister who are Jewish. (Zelensky’s grandfather fought in the Soviet Army against the Nazis, while other family members died in the Holocaust.)

The world must save these innocent Ukrainians from Putin. He is another Hitler and is now threatening to use nuclear weapons.

I have gotten only a few hours of sleep these last few days, and I am having horrible nightmares of the invasion. I am reliving the Holocaust. But I will continue to try to raise money and try to help people connect with families in Ukraine.

Zelensky has used his own history to demonstrate that his is a country of possibility, not the hate-filled polity of Putin’s imagination.

Having a huge picture on the front page (Feb 18) of an “anti-vaxxer” in Israel strikes me as insensitive, pointless and almost obscene. Healthcare workers are struggling to keep people alive and science clearly demonstrates vaccines against Covid as very safe and effective. For people to adopt crazy “freedom” stances when they are putting their family members and associates in life-or-death danger upon possible infectious contact is beyond reprehensible. And this goes on the front page? Why not publish pictures on page one of exhausted healthcare workers giving up their energy and time to keep us all alive?

As I have often written, I am a “Bayonne Girl,” born and bred. What does this mean? It means that reaching out to others, even the perfect strangers that one may encounter, with a friendly greeting is as normal and natural to me as breathing. And so presently, therefore, Hashem is testing me as I now reside in a more countrified location, in a particular area where it is indeed rare to see another human being most weekdays. So, despite being teased that I am “living in the past,” I refuse to relinquish my warm memories of a time when one could connect with others.

During my childhood and young adulthood, the highlight of my week was going to shul on Shabbos morning. At that time, there were seven Orthodox shuls in Bayonne, but in recent years, with the passage of time, dwindling membership made it difficult to scrape together a minyan.

That was, until recently, when miracle of miracles – a Chabad shul has been established, with plans for a permanent building a mere half a block from my childhood home!

It’s difficult for me to express my sense of absolute joy that this miraculous news indicates to me, yet again, that for sure the cycle of life continues.

With Hashem’s help may the resurgence of an active Jewish presence, as evidenced by the establishment of a Chabad House in Bayonne, signal that in the words of the Lubavitcher Rebbe, zy”a, that the Geulah Shleimah is imminent.

Rabbi Dr. Bernhard Rosenberg’s letter to The Jewish Press (February 25) makes the case for a call to action by congregational rabbis to fortify teens going off to college with a background of historical and religious information that would enable them to defeat the forces of campus antisemitism. The rabbi’s intuitive request represents a responsible strategy that should be embraced.

Our children are our guarantors for Torah. Religious Zionism is the antidote to campus antisemitism. 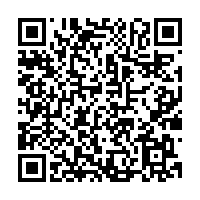