Oz VeGaon is a lush, accessible nature reserve in Gush Etzion that was created in 2014 in reaction to the murder by Arab terrorists of the three boys Gil-ad Shaer, Eyal Yifrach and Naftali Fraenkel. The name of the reserve (an acronym in Hebrew of the names of the three boys) is “Strength and Pride” in English.

Oz VeGaon has become a vibrant tourist attraction that includes a playground, picnic and camping area, gazebos, a library with historical volumes on Zionism, and is also a center for courses, lectures, performances, agricultural camps for youth, and family simchas.


It also hosts a wonderful painting class taught by artist Avital Sharansky, wife of the renowned former Prisoner of Zion, Natan Sharansky. I have the pleasure of being in that class. And one day, a paratrooper walked in.

He was on reserve duty and his assignment was guarding the nature reserve. He smiled, asked us if everything was okay, we said yes, and Avital invited him to paint with us.

“Thanks,” he said, “but I don’t paint, I write poetry, mostly in English.”

As both a poet and a teacher of poetry, my ears perked up.

“Please read us something you’ve written,” I asked.

And so it came to be that Staff Sergeant Daniel Bard, in full battle gear, pulled out his phone and read us this:

Upon stream and star my ship does ride
For by mankind the natural order is often defied
Yet lost as our race may be
I shall let the radiant beauty of each setting sun be the eternal guide for me.

We were deeply moved by his poem, took a photo with him, and then I asked him, “What is your story? And where did you learn to write poetry like that?” He told me that his father bought him the book One Hundred and One Famous Poems, and maybe that influenced his style.

As for his story, I corresponded with him later in the week. Here it is:

Daniel grew up in Chevy Chase, Maryland, near Silver Spring, to parents Marcela Kogan and Mitchell Bard, who are active members in the Ohr Kodesh Synagogue. His mother is a freelance writer, and his father has a Ph.D. in political science and runs a non-profit called the “American Israeli Cooperative Enterprise (AICE).” Mr. Bard is also a writer, and he operates and founded the Jewish Virtual Library, an educational website.

“I made aliyah with a group of like-minded individuals who came to serve in the IDF in December 2017 after doing a gap year through Masa, during which time I lived in Tel Aviv and volunteered at a school and at an animal shelter, and lived in Jerusalem and volunteered with Magen David Adom.

“During my time in Israel, on my gap year, I noticed the soldiers and how they were young adults such as myself, and when seeing a soldier in Hebron and looking into his eyes, I understood the only difference between us was that he was a Jew born in Israel and I was a Jew born in America.

“I understood and I felt it was my duty as well to come and serve in the IDF and protect the land of Israel.

“I had a counselor on my program who had been a paratrooper and when I told him I wanted to be a paratrooper like him, he said, ‘No way, you are like a noodle, the army will break you.’ I responded ‘No no, I’m like a cooked noodle, I bend I don’t break.’

“As often is the case, the strongest motivational factor to do something is when somebody tells you that you can’t do it.

“When I finished my gap year in Israel and returned to my home in Maryland, I awoke in my bed that I had slept in for twenty years, and didn’t feel at home. Then I knew that I must make aliyah.

“I landed in Israel on December 27, 2017, and began living with my garin (aliyah group) in Raanana in the Absorption Center. In March 2018, I was drafted into the paratrooper brigade after having passed the gibush (a pre-IDF training orientation to determine if potential recruits are right for a particular unit).

“I was a Lone Soldier, and having a much lower Hebrew level than my comrades, it was often a struggle, especially during the combat medics course. I pushed my commanders to send me to it during basic training, but with high motivation and the desire to succeed, I returned to my unit a proficient medic for my team.

“After being released in July 2020, I went to work in agriculture, picking fruit in the Golan Heights with a group of other young spirited Israelis. I worked for the Anshei Katif company for about seven months. In October of 2021 I moved to Moshav Paran in the Arava (the desert valley that extends from the Dead Sea to Eilat, along Israel’s border with Jordan) and took a job managing a pepper farm, which is what I am doing currently.”

How It All Began

Daniel had attended the Charles E. Smith Jewish day school until sixth grade and the Bethesda Chevy Chase public high school for high school. He did one year of community college at Montgomery College before coming to Israel for a gap year, which, he says, was the catalyst in his decision to make aliyah and join the IDF.

“I think ever since I was little, I have liked poetry and been drawn to it, and believe that the ability to make anything poetic or see it in a poetic light allows a person to turn even the most basic and bland elements or occurrences into something epic, grand and beautiful.”

What are his plans now?

He says he would like to take a long trip, as do many Israelis after the army, and to travel to the East or to South America, in search of adventure, “To a destination that is so far away and hard to get to that by the time I reach it, I will have been so satisfied deeply by the journey, that reaching the destination is not as important. As I set out to wander, I expect that the world will take me to places beyond the fathomable.

“A wanderer must follow his feet. I would like to go trekking and find a village in the mountains where some kind of tribe is living in their traditional way as they have for generations, relatively unaffected by the modern world, and then live with them for a month or so. And one day I’ll return to Israel and perhaps continue in agriculture or open a camping business of some kind.”

Daniel put his thoughts about being a paratrooper into poetry.

We shall stand
in the ominous shadow of animosity,
through the horrid hails of hate
Through the terrible thunders of terror
We shall stand through darkness
yet we shall not be overcome by it

He may have come to Israel as a Lone Soldier, but now that he’s here, Daniel is not alone anymore. 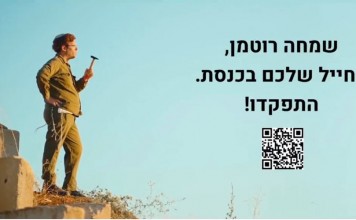 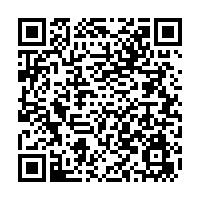