Reader D. wrote us this afternoon:

I believe that terms like WEST BANK are not neutral but are in fact politically loaded—just as the term Yehuda V’Shomron. Since they both are equally loaded, why take the enemies’ language rather than our own?

Words do matter, they paint pictures in our minds. Why not paint a broader brush stroke, one that includes the history of our people. “Judea and Samaria” reflects our ancient history, from days of Kings and Kingdoms. It defines our heritage. West Bank strips the land of the TRUTH.

West Bank is universally recognized by the world. SO WHAT? This thinking is the biggest failure of our people—the fear of standing up for our rights and stating, Why is it wrong to take our side, rather than that of the hostile world’s? Why are we adopting the politically loaded language of our enemies?

It’s a new world, and Israel needs to stand tall and define herself apart from the world’s opinion. We need to begin by adopting a winning expressive language, rather than the Orwellian language that is now being used to erase us. We have lost the propaganda war and this is part of the reason why—we have adopted the language of our enemies—this is insanity.

I do not think being PC is good for the morale of our people. If we are to win the war, it begins with ideas, and words. West Bank connotes Arab land, even if it is easier to use because Judea and Samaria is clumsier to print or say.

Obviously, I agree with much of what you wrote, although, unlike yourself, I don’t believe our war is with the world. I am completely convinced that our war is with ourselves, as a nation and as communities within the nation. I also don’t like the term “war,” but I can live with it.

So, even though I work for the JewishPress.com and you read it, I suppose I should lay out my essential beliefs, so that you’ll understand where I’m coming from:

I believe that God is at the center of everything; that He communicated with us through Moses and the rest of our Jewish prophets; that the only Jewish way of communicating with God is through the mitzvot-commandments; that living in Eretz Israel is an essential commandment, so much so that I consider living in diaspora a sin; I believe in the right of every person to live wherever they wish, provided that they uphold the law, and that Jews have an inalienable right to live wherever they want since they are persons.

I don’t believe that we own Eretz Israel, though, I believe that we only get to live here if we behave in a manner that pleases God, who, in His wisdom, has kicked us out of here twice already. God owns the planet and this beautiful land of Israel, and God decides who gets to stay. You don’t like it, take it up with the Torah.

Now, in my thirty plus years of professional journalism I’ve never been accused of being PC. And it’s funny that you are making the accusation, since you’ve designated at least two words as being politically incorrect – in your political idiom.

I must share with you that as an Israeli-born man of a certain age, I loathe the tyranny of “Judea and Samaria,” formerly “Judea, Samaria and Gaza,” and even “Judea, Samaria, East Jerusalem, Gaza and the Golan.”

When I was growing up we called it simply “the territories,” Hashtachim. Left wingers completed the term in their head with “occupied,” right wingers added “liberated.” Simple, straight forward, useful and entirely clutter free.

Working at the JewishPress.com, I’ve learned to live with the cumbersome “Judea and Samaria,” which I invariably misspell when I’m writing fast, and, frankly, I would have loved to go back to calling it West Bank. It’s MY West Bank, I liberated it (OK, I was 12 at the time, but I watched) from Jordan, and it’s now mine. Calling it West Bank don’t make it anyone else’s. Thinking that by changing its name to something biblical (which is way inaccurate, seeing as there’s a major Benjamin in there, between the Yehuda and the Shomron parts) we’ll win hearts and minds, that’s silly. Only the choir will sing this one.

I also prefer “Jewish Settlements,” which is frowned upon by the PC crowd on the right. Trust me, I got some emails. So we concede to the left all these words that used to be the pride of the renewed Hebrew language? Hitnachlut-settlement and Mitnachel-settler are glorious words, in both languages. They evoke images of pioneers leaving the civilized cities to erect homes and towns in the wilderness. What’s wrong with that?

In the past we conceded the beautiful term “Messiah,” the anointed one, to an unholy religion. Must we continue to go through history shedding our linguistic treasures? And for what reason? Because some impatient minds would rush to judgment, deciding that the fact that I call an area “West Bank” means I want to give it away?

Yes, words have power, as you put it, they do matter, and I want all of them. I want words to free me, not reduce me to the size of your prejudices. The West Bank is shorthand to the area west of the Jordan River. It was a reference to the area east of the armistice line of 1949, and then again of the liberated territory all the way down to the cool waters of the Yarden. I love the West Bank, it’s a fertile and prosperous region, and it will remain Jewish as long as I have something to say about it.

Yori Yanover
Celebrating the Joy of Jewish Journalism
on
The new and improved JewishPress.com 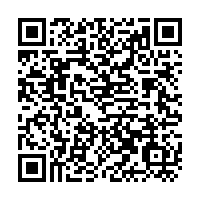