Dan Rather signed off permanently this week as CBS Evening News anchor and the Monitor thought it only appropriate to review some of the more outlandishly biased statements he tried to pass off over the years as objective news. Media watchdog websites such as  MediaResearchCenter.com and RatherBiased.com are repositories for dozens of Rather’s most revealing quotes. These are the Monitor’s personal favorites:If we could be one-hundredth as great as you and Hillary Rodham Clinton have been in the White House we’d take it right now and walk away winners….Tell Mrs. Clinton we respect her and we’re pulling for her. — Satellite interview with President Clinton May 27 1993.

There was no doubt Republicans in the House had enough votes tonight to pass another key item in their agenda to rip up or re-write government programs going back to the Franklin Roosevelt era. It is a bill making it harder much harder to protect health safety and the environment. — CBS Evening News February 28 1995.

The new Republican majority in Congress took a big step today on its legislative agenda to demolish or damage government aid programs many of them designed to help children and the poor. — CBS Evening News March 16 1995.

Texas Governor George Bush tonight will assume the mantle and the honor of President-elect. This comes 24 hours after a sharply split and some say politically and ideologically motivated U.S. Supreme Court ended Vice President Gore’s contest of the Florida election and in effect handed the presidency to Bush. — CBS Evening News December 13 2000.

Bill O’Reilly: I want to ask you flat out do you think President Clinton’s an honest man?

Dan Rather: Yes I think he’s an honest man.

O’Reilly: Do you really?

O’Reilly: Even though he lied to Jim Lehrer’s face about the Lewinsky case?

Rather: Who among us has not lied about something?

O’Reilly: Well I didnt lie to anybodys face on national television. I don’t think you have have you?

Rather: Don’t think I ever have. I hope I never have. But look it’s one thing —

O’Reilly: How can you say he’s an honest guy then?

Today on the Internet and elsewhere some people including many who are partisan political operatives concentrated not on the key questions of the overall story but on the documents that were part of the support of the story. They allege that the documents are fake….The 60 Minutes report was based not solely on the recovered documents but on a preponderance of the evidence including documents that were provided by what we consider to be solid sources….If any definitive evidence to the contrary of our story is found we will report it. So far there is none. — CBS Evening News September 10 2004 (two days after Rather’s 60 Minutes report alleging President Bush failed to fulfill his National Guard service). 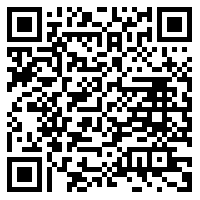