Avi Shlaim, one of the Israeli “New Historians” who in the 1980s and ‘90s helped popularize the precepts of what came to be called “post-Zionism,” is out with a new book, a collection of essays titled Israel and Palestine: Reappraisals, Revisions, Refutations.

More interesting than the book itself was the evisceration of its contents by Benny Morris in a lengthy review in The New Republic (read it at www.tnr.com/article/books-and-arts/derisionist-history). Morris, one of the original New Historians, has in recent years moved somewhat to the right and is now a critic of the views and methodology favored by his former ideological compadres.

Reading Morris’s review and then skimming Shlaim’s book served to remind the Monitor of the incalculable damage done to Israel by a relatively small group of academics whose take on Middle East history is catnip for Israel-bashers and anti-Semites of all stripes.

Think about it: Why should the average person with no dog in the fight and no predisposition to favor one side over the other not view Israel in a negative light when Israeli post-Zionists have embraced nearly every slander voiced for decades by Israel’s worst enemies?

Consider, for example, the canard that the Jews – as a matter of predetermined, officially sanctioned policy – kicked Palestine’s indigenous Arab residents out of the country. The charge was long characterized by mainstream Israeli historians as at best a serious distortion of events that inevitably transpire in a furious fight for survival, but the New Historians have popularized the notion that the Palestinians were expelled en masse by a combination of clever subterfuge and brute force.

Or take the claim by post-Zionists that the Jews who fought for Israeli independence, far from having been the rag-tag, poorly supplied bunch portrayed in conventional histories of the conflict, constituted in reality a finely-honed military corps that actually outnumbered and outgunned Arab forces in many early confrontations.

Never mind that for years Israelis across the political spectrum loudly denounced such a proposition, when voiced by Arab propagandists, as a preposterous lie. At some point in the late 1980s it became the trendy view among Tel Aviv’s intellectuals, and those who presume to be, that Israel’s victory in 1948 was nothing more than the logical result of a balance of forces that from the beginning tilted in Israel’s favor.

To a certain type of Jewish mind, Israel, even in retrospect, can do no right. It only follows, then, that a cash-starved, resource-poor militarily thin new nation has come to be portrayed by revisionist historians as something resembling a colonialist behemoth – one that trampled centuries-old pastoral Arab villages into dust and uprooted untold numbers of gentle Palestinian philosopher-farmers who wanted nothing more than to be left alone to smoke their water pipes and contemplate their sheep in peace and tranquility.

And then there’s the notion that it was the mean old Labor governments of David Ben-Gurion and Moshe Sharett that during the first decade of Israel’s existence spurned repeated pleas for love and friendship from the peace-craving dictator across the Sinai and the sainted Hashemite mini-monarch next door.

In the revisionist’s funhouse-mirror perception of history, Israeli leaders from the state’s earliest days were intent on pursuing a might-makes-right policy that would earn Israel its deserved and enduring reputation as a regional bully.

(The charge looks especially ludicrous when viewed against the harsh realities of the time, which included waves of immigrants whose destitute condition taxed the infant nation’s sparse resources and an American arms embargo that forced Israeli representatives to scrounge the world for scraps of mostly outdated military hardware.)

It wasn’t all that long ago that any Israeli outside the confines of an insane asylum or the hard left (but we repeat ourselves) would have given such an aberrant rewriting of history the scorn it deserved. Not anymore. The post-Zionist mindset, championed by much of the Israeli media, spread rapidly in the 1990s from the highbrow to the hoi polloi, and it still reigns supreme in the country’s newsrooms and on its campuses.

It is no coincidence that the signing of the 1993 Oslo Accords, and their continued championing by Israeli officials through waves of suicide bombings and years of Yasir Arafat’s increasingly transparent duplicity, occurred at the very time post-Zionism was taking such a hold on the Israeli imagination. A country weary of endless conflict, and desiring more than anything else to be accepted if not loved by its neighbors, was ripe for the self-flagellation peddled by the New Historians.

Jason Maoz can be reached at jmaoz@jewishpress.com. 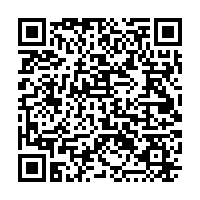