Readers who’ve stuck with the Monitor over the years will forgive this rerun of sorts, but as we approach the fortieth anniversary of the Yom Kippur War – and with the stench of presidential indecisiveness hanging so heavily over Washington these days – it seemed only appropriate to revisit Richard Nixon’s role in enabling Israel to recover from the staggering setbacks it suffered in the first week of fighting.

As the Monitor noted four years ago in a piece that ran concurrently on Commentary magazine’s website, precise details of what transpired in Washington during the first week of the Yom Kippur War are hard to come by, due in no small measure to conflicting and self-serving accounts given by former secretary of state Henry Kissinger and former secretary of defense James Schlesinger regarding their respective roles.


What is clear, from the preponderance of information provided by those directly involved in the unfolding events, is that Nixon, despite being preoccupied with the unfolding Watergate scandal, overrode inter-administration objections and bureaucratic inertia and implemented a breathtaking resupply mission, code-named Operation Nickel Grass, that over a four-week period involved hundreds of jumbo U.S. military aircraft delivering more than 22,000 tons of armaments to Israel.

“Both Kissinger and Nixon wanted to do [the airlift],” said former CIA deputy director Vernon Walters, “but Nixon gave it the greater sense of urgency. He said, ‘You get the stuff to Israel. Now. Now.’ ”

As preoccupied as he was with Watergate, Nixon came straight to the point, announcing that Israel must not lose the war. He ordered that the deliveries of supplies, including aircraft, be sped up and that Israel be told that it could freely expend all of its consumables – ammunition, spare parts, fuel, and so forth – in the certain knowledge that these would be completely replenished by the United States without any delay.

“It was Nixon who did it,” recalled Leonard Garment, Nixon’s acting special counsel. “I was there. As [bureaucratic bickering between the State and Defense departments] was going back and forth, Nixon said, This is insane…. He just ordered Kissinger, “Get your [expletive] out of here and tell those people to move.”

Former White House chief of staff Alexander Haig, in his memoir Inner Circles, wrote that Nixon, frustrated with initial delays in implementing the airlift and aware that the Soviets had begun airlifting supplies to Egypt and Syria, summoned Kissinger and Schlesinger to the Oval Office on October 12 and “banished all excuses.”

The president, Haig recalled, asked Kissinger for a precise accounting of Israel’s military needs, and Kissinger proceeded to read aloud from an itemized list.

“Double it,” Nixon ordered. “Now get the hell out of here and get the job done.”

When Schlesinger initially wanted to send just three transports to Israel because he feared anything more would alarm the Arabs and the Soviets, Nixon snapped: “We are going to get blamed just as much for three as for 300…. Get them in the air, now.”

Informed of yet another delay – this one because of disagreements in the Pentagon over the type of planes to be used for the airlift – an incensed Nixon shouted at Kissinger, “[Expletive] it, use every one we have. Tell them to send everything that can fly.”

Those were momentous events in world history. Had Nixon not acted so decisively, who can say what would have happened? The Arabs probably would have recovered at least some of the territory they had lost in 1967, perhaps all of it. They might have even destroyed Israel. But whatever the might-have-beens, there is no doubt that Nixon…made it possible for Israel to win, at some risk to his own reputation and at great risk to the American economy.He knew that his enemies…would never give him credit for saving Israel. He did it anyway. 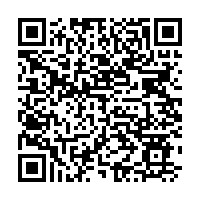