“Before my trip (to New York), the Americans had sent 5 messages to arrange a meeting between me and Obama, but I turned them down,” he told the government-run Fars News Agency, which can also be read as the Farce News Agency because of its wild propaganda.


“Then they raised a plan for a brief meeting, but I didn’t agree (with it) much; we didn’t disagree with (the idea to have) a meeting, but its grounds weren’t prepared,” he added.

During Rohani’s visit to the United States, the White House fudged on the issue of whether President Obama would meet with Rouhani.

“It’s possible, but it has always been possible,” White House spokesman Jay Carney said last week. “The extended hand has been there from the moment the president was sworn in.”

Politico reported last week that Iran rejected a  White House suggestion of “an encounter” between the two leaders.

One U.S. official said that a meeting was too complicated for them.”

Rohani also told Fars he is thrilled that Prime Minister Binyamin Netanyahu’s speech in the United Nations Tuesday was full of anger towards the new Iranian president.

“That an aggressive regime in the region names Iran with coarse language is the cause of our happiness,” Rouhani told reporters after a cabinet meeting in Tehran on Wednesday.

“Israel is upset to see that its sword has gone blunt and Iran grows more powerful day by day,” he added.

Farce, or Fars, did not ask Rohani about the mixed reception he received at the airport on his return, when several dozen hard-core  Islamists shouted “Death to America” and “Death to Israel” and threw eggs and stones at his motorcade.

They were outnumbered by hundreds of supporters who praised Rohani. 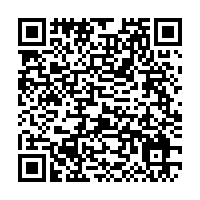