William Sloane Coffin Jr., the left-wing Presbyterian minister who gained notoriety in the 1960’s for his militant antiwar stance and his association and identification with radicals of every stripe while serving as chaplain at Yale University, died April 12 at age 81. The coverage in the mainstream media was almost uniformly laudatory – as it invariably is for those who establish themselves as outspoken critics of the United States.

But contrary to the hagiographic obituaries (“fighter for the powerless,” “champion of the downtrodden,” etc.) and his longstanding popularity with academic leftists, Coffin was a man of absolutely no influence in the corridors of power. For the final 40 years of his life was widely viewed as the kind of naïve, self-styled “revolutionary” cleric lampooned so mercilessly by writers like Tom Wolfe and the late Malcolm Muggeridge.


Coffin was an archetype of the religious leader who viewed the world through the prism not of the Bible but of whatever was new and exciting in the pages of The Nation, Mother Jones, and other hard left publications.

When it came to the Middle East, Coffin was as drearily predictable as others of his ilk. In a 2004 interview on Beliefnet.com, he lamented that “the poor rabbis have a problem being critical of Israel because the congregations don’t want to hear it so much.” And he immediately followed that up by implying that U.S. Jewry pulls the strings of American foreign policy: “The only people who could save the Palestinian-Israeli conflict are American Jews. If they said to Bush, ‘We have to change,’ that would be it. But they’re not saying it audibly, and not in concert, that’s for sure.”

Coffin’s mindset was even more transparently on display in an interview, also in 2004, with Catholic New Times. The following statement is so offensive on so many levels – its condescending tone toward Jewish suffering, its confident assumption that Israel is obviously in the wrong, its clumsy but nevertheless offensive comparison of Israel with the pre-Civil Rights South – that no commentary is required:

As goyim (non-Jews), we have to be very sympathetic to a kind of persecution complex, a paranoia on the part of Jews. When a good WASP says “No problem,” the Jew says “There’s always a problem” (laughs). So, I am very sympathetic to the suffering. However, it is possible that the oppressed long to be oppressors or they naturally react that way. I attack Sharon and his policies in the name of Judaism as I understand it. It is anti-Judaism and to think that we must be uncritical, that’s terrible. So many Jews who know better refuse to criticize Israel and I say to them, “why don’t you speak up because every time I do I am called an anti-Semite.” It’s a little bit like a southern white in the 1950s being against segregation. Israel seems to latch on to loyalty and those who do criticize them are written out. No one will touch them.

Coffin’s Middle East views were of a piece with the major American liberal Protestant denominations, which almost without exception assumed an increasingly hostile tone toward Israel in the wake of the 1967 Six-Day War and which nearly four decades later were leading the charge for divestment and other anti-Israel actions.

On July 7, 1967, not a month after the end of the Six-Day War, the executive committee of the liberal National Council of Churches released a statement lambasting Israel for the “unilateral retention of lands she has occupied since June 5.”

Also on July 7, 1967, in a letter published in The New York Times, Dr. Henry P. Van Dusen, former president of Union Theological Seminary, the academic centerpiece of liberal Protestantism in America, made the equation between Israelis and Nazis that in due time would become all too familiar:

All persons who seek to view the Middle East problem with honesty and objectivity will stand aghast at Israel’s onslaught, the most violent, ruthless (and successful) aggression since Hitler’s blitzkrieg across Western Europe in the summer of 1940, aiming not at victory but at annihilation.

Coffin may have fancied himself an iconoclast, but on Israel, at least, he was a hidebound conformist, echoing the hostilities of his ecclesiastical elders. 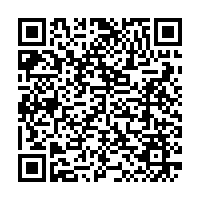