There is one question readers have asked the Monitor with far greater frequency than any other. It’s a simple one, and it goes basically like this: What is the most important thing you can say about the media after doing a column like this for ten years?

The answer is easy, and it reflects the general direction of American politics in recent decades. With the rarest of exceptions, liberal pundits and liberal publications are less likely to be supportive of Israel than their conservative counterparts. As a matter of fact, it’s not even a close call.


Readers who find that statement to be simplistic or inaccurate are invited to attempt to prove the Monitor wrong, but the evidence is overwhelming: Whereas conservatives, with the exception of some relatively marginal paleoconservatives writing for a handful of mostly obscure web and print outlets, tend to be strongly supportive of Israel and highly skeptical of Arab intentions, almost the exact reverse is true among liberals and leftists.

On the one hand, the most staunchly pro-Israel newspapers, magazines and cable networks — Wall Street Journal, New York Sun, New York Post, National Review, Weekly Standard, Commentary, American Spectator, Fox News — are virtually all on the right side of the political divide. (The New Republic is a unique case: a moderately liberal publication with a generally positive disposition toward Israel.)

On the other hand, those outlets with the most reliably ambivalent or actively hostile take on Israel are almost all found on the liberal-left end of the spectrum — New York Times, Los Angeles Times, Washington Post, The New Yorker, The Nation, The American Prospect, Harper’s, CNN, etc.

Similarly on the web, just compare conservative sites like Free Republic, Little Green Footballs, FrontPageMag, WorldNetDaily and the like with liberal favorites such as The Huffington Post, Daily Kos, Salon, Slate (to a somewhat lesser degree) and others of similar mind. The articles posted on the latter sites, and even more so the responses from readers, invariably blame Israel — often in terms so vituperative they seem to have been lifted from neo-Nazi and Islamist sources — for everything that goes wrong in the Middle East while portraying the Palestinians as eternal victims of aggressive, imperialist Israeli policies.

In terms of columnists and commentators, any list of the most consistent supporters of Israel (and by “supporters” the Monitor refuses to take seriously those who affect a pro-Israel label – Tom Friedman, Richard Cohen, et al — while never missing an opportunity to criticize Israel) would include the names of George Will, Cal Thomas, R. Emmett Tyrrell Jr., Joseph Farah, William Kristol, Ralph Peters, John Podhoretz, Jeff Jacoby, Jonah Goldberg, David Horowitz, Rich Lowry, Jay Nordlinger, and others too numerous to mention here.

There are, of course, liberal pundits whom one can fairly characterize as supportive of Israel, but, as is the case with the aforementioned Friedman and Cohen, that support almost always comes with at least a caveat and criticism or two, an assumption that most if not all criticism of Israel has a basis in fact, and an almost plaintive wish that Israel would act with more understanding and greater restraint.

That such a sharp liberal/conservative media divide exists on the issue of Israel should hardly come as a surprise. For years now, polls have shown conservatives to be much more supportive of Israel than liberals (likewise those Americans who identify themselves as Republicans poll significantly higher than self-described Democrats on support of Israel).

The most reliable indicator of support for Israel, then, is not whether one is Jewish or gentile, or where one lives, or what one does for a living. It’s whether one is conservative or liberal (again, with the proverbial exceptions that prove the rule). Why should journalists and other media types be any different?

Only Jews, by the way, seem not to be in on this open secret, as the vast majority still proudly answer to the liberal label and no doubt will once again pull the Democratic lever this November. 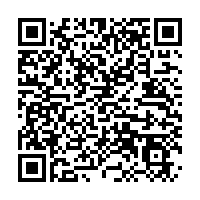