Words come and words go. Some disappear completely, while others vanish into the jargon of our vocabulary. Few succeed in capturing center stage in our consciousness. One that has succeeded is a four-letter word that embellishes countless monuments, organizations, billboards and publications. Its sound enlivens the soul, its melody softens the heart.


“Hope is a waking dream,” Aristotle famously said. Indeed, hope can pull a person from the agonies of despair. Yet its essential meaning remains unclear. Is hope a realistic thought or a mere fantasy? Is it a pragmatic idea or a wishful illusion?

Our sages instruct us in Pirkei Avot (Ethics of our Fathers) that one should comport himself with much humility for “the hope of man is deceptive.” Similarly, the 19th-century philosopher Friedrich Nietzsche characterized hope as “the most evil of evils because it prolongs man’s torments.”

But hope can also be positive and redeeming. Consider an ill man who never gives up the hope that he will find healing. Statistics indicate he has a better chance to heal than an ill man who has lost all hope of recovery.

Interestingly, hope has played an integral part in the history of our people. It has kept Jews alive and thriving during the Jewish nation’s most difficult moments. But it has also been abused all too often.

Just a few days ago, Israel signed an agreement to exchange terrorists for hostages. Why? Because Israel’s political leaders succumbed to emotion – they hoped to reach a fair deal and see our dear soldiers returned alive and well.

Kassam rockets continue to fall on the city of Sderot, but Israel refuses to retaliate appropriately. Why? Because Israel’s political leaders hope the world will rally around an Israel that shows “restraint” and Hamas will miraculously change its ways.

The infamous “peace process” continues to dominate Israel’s politics despite the fact that negotiations from a position of weakness and fear rather than strength and conviction have proved disastrous in all arenas. Why? Because Israel’s political leaders hope peace will ultimately prevail.

But what Israel’s political leaders seem to misunderstand is that hope unaccompanied by realism – by facts on the ground – is doomed to fail. We cannot communicate with our enemies and reach decisions on vague hope alone. Such an approach will only strengthen them and weaken us. Terrorists love to terrorize. And terrorists thrive when their intended victims radiate ambiguity.

Hope is never enough, especially in this realm. It is like marrying a woman blindly, hoping she possesses all the finest human attributes – and is beautiful, too. How can one expect to lead a life of meaning and success with hope alone?

A student of Rabbi Zusha of Anipoli once asked him why God allowed atheism to flourish in the world.

“Atheism,” answered Rabbi Zusha, “is one of the most important doctrines in the world. Imagine if a believer sees a hungry man in the street. He would say, ‘I hope God will help him.’ But when an atheist sees him, he runs to help because he thinks he is the only one who can assist him!”

Rabbi Zusha, the great believer, was certainly not suggesting that his student become an atheist. He was merely teaching his student that positive change can come only when we provide a real basis for our hope.

“Hope,” as my dear teacher Rabbi Adin Steinsaltz once told me, “rests on a narrow frontier between two opposite worlds; one world descends, and the other ascends. One world is conquered by misery and pain, and the other is liberated by happiness and enjoyment.”

And here lies hope’s delicate potential. If hope stems from real actions, its fruits are sure to be sweet and promising. Conversely, if hope stands alone, then Nietzsche’s words are accurate; it will then become “the most evil of evils.”

Israel cannot afford to base political decisions solely on hope. These decisions must be based on a rededication to the uncompromising vision enunciated by Israel’s founders who vowed, in the words of the country’s declaration of independence, to “create an independent Jewish state…based on freedom, justice and peace as envisaged by the prophets of Israel.”

That vision includes a pronounced commitment on the part of the state to fully protect its people – which means, among other things, renouncing any negotiations with terrorists. 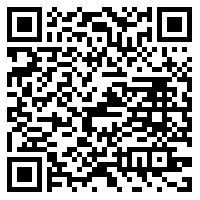