Howard Zinn, a Marxist polemicist who masqueraded as a historian, died on January 27 at age 87. The Brooklyn-born Zinn was professor emeritus of political science at Boston University and the author of a number of books, but it was his A People’s History of the United States (1980) that more than anything else made him the darling of the media and Hollywood Left.

Zinn was a man quite literally incapable of saying a good word about the U.S. For proof of that, log on to www.booknotes.org, go to “search” and type in “Zinn” to read a transcript of a lengthy discussion between Zinn and “Booknotes” host Brian Lamb. Whenever Lamb tried to get Zinn to say something – anything – positive about his own country, Zinn would become absolutely incoherent.


The indispensable website DiscoverTheNetwork.org (DTN) describes A People’s History as “a Marxist tract that describes America as a predatory and repressive capitalist state – sexist, racist, imperialist – that is run by a corporate ruling class for the benefit of the rich…. Despite its lack of footnotes and other scholarly apparatus, it is one of most influential texts in college classrooms today….”

As DTN documents in quote after quote from the book, Zinn viewed “the founding of the American Republic as an exercise in tyrannical control of the many by the few for greed and profit.”

According to Zinn, “the Founding Fathers … created the most effective system of national control devised in modern times, and showed future generations of leaders the advantages of combining paternalism with command.”

As DTN puts it, “In Zinn’s reckoning, the Declaration of Independence was not so much a revolutionary statement of rights as a cynical means of manipulating popular groups into overthrowing the King to benefit the rich.”

So what countries and leaders did Zinn like? Easy. Mao’s China was, by Zinn’s sick standards, “the closest thing, in the long history of that ancient country, to a people’s government, independent of outside control. Castro’s Cuba “had no bloody record of suppression.”

Zinn, of course, blamed the U.S. for the Japanese attack on Pearl Harbor. And America, he insisted, fought World War II not to defeat fascism but to build its empire and accumulate wealth. “Quietly, behind the headlines in battles and bombings,” he wrote, “American diplomats and businessmen worked hard to make sure that when the war ended, American economic power would be second to none in the world. United States business would penetrate areas that up to this time had been dominated by England….”

DTN points out that Zinn was a defamer of America no matter the context, provocation or era. “To the end of his life, Zinn continued to sympathize with America’s enemies, just as he had supported the Soviet Union in the Cold War. In a pamphlet-like tract published after 9/11 called “Terrorism and War,” he portrayed the U.S. as a terrorist state, and Islamic jihadists as people valiantly standing up to America’s empire.”

And Zinn – no surprise, here, as being a credentialed leftist has come to be synonymous with hostility to Israel – could always be counted on to lambaste any Israeli policy and action.

Just as Zinn held the United States in contempt, so did he despise America’s closest ally in the Middle East, Israel. According to the professor, Israel’s creation in 1948 “meant the dispossession of the Arab majority that lived on that land,” and led not only to “the occupation and subjugation of several million Palestinians,” but also to “what we would today call ‘ethnic cleansing.’ ”Zinn recalled that “after the Six-Day War of 1967 and occupation of territories seized in that war the West Bank, the Gaza Strip, the Golan Heights, the Sinai peninsula),” he personally “began to see Israel not simply as a beleaguered little nation surrounded by hostile Arab states, but as an expansionist power.”

With regard to the ongoing Mideast conflict today, Zinn placed most of the blame for “the cycle of violence” on Israel’s allegedly provocative use of disproportionate force….

According to Zinn, Israeli society was replete with deep-seated “xenophobia, militarism, [and] expansionism.”

Despite – -actually, because of – his radical views, Zinn was given a respectful send-off by the mainstream media and received positively worshipful tributes by columnists like The New York Times’s Bob Herbert. Think that would ever happen to a writer or historian as extreme in his or her love of America as Zinn was in his disdain for it? 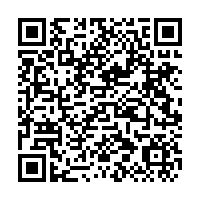