More looniness to report this week from our friends on the left, who since Sept. 11 have put to rest the notion that their habitual opposition to virtually any U.S. military action would dissipate the moment the country came under actual attack from a foreign enemy.

As the Monitor has amply documented in a recent series of columns, legions of the country’s most prominent left-wingers have, over these past two months, exposed themselves – to anyone who still doubted – as haters of America first and foremost or as blithering idiots with no discernible understanding of the way the world works.


Straddling both of the aforementioned categories is the bloated, buffoonish figure of Norman Mailer, arguably the most overrated American literary figure in recent memory; a man who over the course of a career spanning more than 50 years has turned out a couple of fair-to-good novels, a few memorable works of non-fiction … and an embarrassingly hefty measure of pretentious and wordy slop, some of it merely mediocre, too much of it breathtakingly bad.

Here is Mailer’s take on recent events, delivered late last month at a gathering in the Netherlands: “The World Trade Center was not just an architectural monstrosity, but also terrible for people who didn’t work there, for it said to all those people: ‘If you can’t work up here, boy, you’re out of it.’ That’s why I’m sure that if those towers had been destroyed without loss of life, a lot of people would have cheered.

“Everything wrong with America led to the point where the country built that tower of Babel, which consequently had to be destroyed.”

“And then came the next shock,” he blathered on. “We had to realize that the people that did this were brilliant…. Americans can’t admit that you need courage to do such a thing. For that might be misunderstood. The key thing is that we in America are convinced that it was blind, mad fanatics who didn’t know what they were doing. But what if those perpetrators were right and we were not? We have long ago lost the capability to take a calm look at the enormity of our enemy’s position.”

A similarly sagacious response to Sept. 11 and its aftermath comes from the Marxist historian Howard Zinn, a man literally incapable of saying a good word about the U.S. (For proof of that, log on to the website www.booknotes.org, select “archives,” pick the year 2000, scroll down to March 12, and click to read a transcript of a lengthy discussion between Zinn and Booknotes host Brian Lamb. Whenever Lamb tried to get Zinn to say anything – anything – positive about his own country, Zinn would become absolutely incoherent.)

“How,” asked Zinn in a recent letter to The Nation magazine, “can a war be ‘truly just’ that involves the daily killing of civilians; that is terrorizing the people of Afghanistan, causing hundreds of thousands to leave their homes to escape the bombs; that has little chance of finding those who planned the September 11 attacks (and even if found, no chance that this would stop terrorism; and that can only multiply the ranks of people who are angry at this country, from whose ranks terrorists are born?

“….The ‘war against terrorism’ has become a war against innocent men, women and children, who are in no way responsible for the terrorist attack on New York…. Use the money allotted our huge military machine to combat starvation and disease around the world. One-third of our military budget would provide water and sanitation facilities for the billion people worldwide who have none.

“Let us be a more modest nation. The modest nations of the world don’t face the threat of terrorism. Let us pull back from being a military superpower and become a humanitarian superpower. We, and everyone else, will then be more secure.” 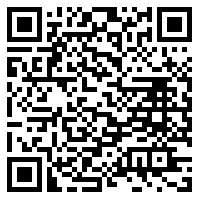